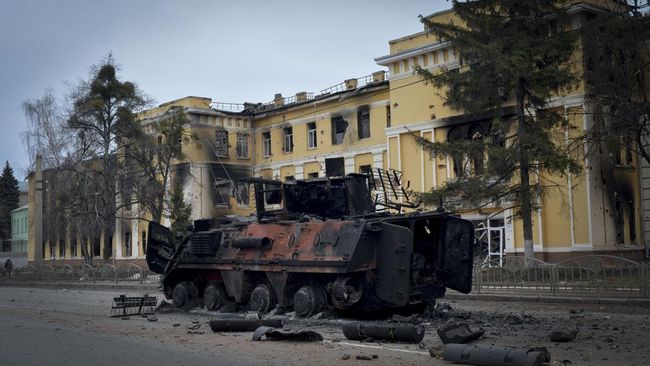 A student India be part of a total of at least 10 victims who died as a result of the bombardment Russia in the second largest city Ukraine, KharkovTuesday (1/3).

“It is with heavy hearts that we confirm that an Indian student died in the Kharkiv attack this morning,” Indian Foreign Ministry spokesman Arindam Bagchi was quoted as saying on Twitter. AFP.

The incident came as New Delhi urged Ukraine and Russia to secure passage for thousands of their nationals to the former Soviet Union.

Bagchi said his party had again summoned the ambassadors from Ukraine and Russia to ensure the safety of Indian citizens there, especially those seeking refuge.

“To reiterate our request for urgent safe travel for Indians still in Kharkiv and other towns in the conflict zone,” he added.

Before the Russian invasion, there were about 20,000 Indians in Ukraine. Of these, about 8,000 managed to leave the country and 1,400 of them were airlifted to India.

According to Indian media, some students from that country are not allowed to travel to neighboring Ukraine. It is also reported that the border guards do not allow them to pass and charge some fees.

“I was standing near the Ukrainian border, waiting for my turn to enter Romania. At that time, I saw border guards pointing guns at Indian students and starting to harass them using their language,” said an Indian student quoted by the Times of India.

Indian students from eastern Ukraine said they were in a bunker and lacked logistics. According to him, they were asked to reach the western border, which was impossible. Because the bridge connecting the border had exploded.

“We haven’t received any help in Ukraine,” he said.

An Indian student from Kharkiv, Arul Raj, admitted to being in a bunker with 400 students from his country since the first day of the invasion.

Raj says there was a lot of shelling outside the bunker. He could even see the battle raging from the window of the living quarters now.

Their movements are increasingly restricted as the Ukrainian government has imposed a curfew in several regions, including Kharkiv.

“It was impossible for us to go out. We had almost nothing left to eat or drink,” Raj said.

Ukraine is under attack from Russia after President Vladimir Putin announced an invasion of the Donbass region in eastern Ukraine, which is controlled by separatist groups.

Fighting and explosions continued to occur in a number of towns, including one in Kharkiv on Tuesday (1/3) morning local time.

As a result of the attack, 10 people were killed and 35 others were injured. In addition, city government buildings were also destroyed.