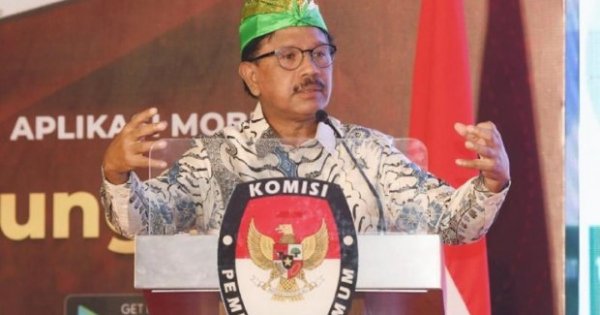 Minister of Communication and Information (Kominfo) Johnny G Plate believed that the holding of general elections or general elections in 2024 was an impetus to produce Indonesia’s future leaders committed to digitalization. According to him, digital elections are entirely possible.

Because many countries have started to implement electronic voting or digital elections. “The adoption of technology in elections has advantages in realizing the effectiveness and efficiency of the political contestation process,” Johnny said at the Election Digitization Coordination Meeting for Indonesian Digitization, which s took place in a hybrid way from the Hilton Resort Nusa Dua, Badung, Bali. , Tuesday (22/03).

The meeting brought together commissioners, structural and functional heads of the General Election Commission (KPU). Johnny was accompanied by Director General of Information and Public Communication Usman Kansong.

Johnny gave the example of the northern European Baltic country, Estonia, which has successfully adopted digital voting. Estonia has held digital elections since 2005.

The country already has a digital electoral system at the city, state and European Union level. This system is already used by 46.7% of the population. “So it’s nothing new, including this KPU has been preparing for it for a long time,” Johnny said.

Furthermore, the digitization of the electoral process is underway in India. According to him, the KPU of the country with the second largest population in the world is collaborating with one of the universities to develop the technology block chain.

Digital elections in India are expected to pass in 2024. “Just like us (Indonesia). So if we do landmarks and the exchange of information and knowledge studies, as well as experiences, can be done with them,” he said.

Citing data from the International Institute for Democracy and Electoral Assistance, Johnny said the stages of electronic voting or electronic voting has been used in 34 countries worldwide. This is done in different forms and levels.

Implementation electronic voting it involves an election management body or electoral management commission at the national and sub-national level, such as the election of members of the regional legislative assembly.

“During the drafting of the codification of the law, I made a working visit, in particular to Germany, and I discussed it with the General Election Agency. I was a member of the DPR at the time,” he said.

“Now that becomes the basis for the election, because the law has not been superseded or amended and revised,” he added.

He explained that the important thing to pay attention to together is not just the numerical process, but the willingness of the community to maintain the level of trust at every stage of the election.

“This is what we really need to pay attention to and the trend towards digitization of elections can be seen in the variety of visions and their adoption in the stages of voting in several countries around the world,” he said.

According to Johnny, digital transformation on a global level affects various human activities. Therefore, the digitization of elections is a necessity in the practice of democracy and the manifestation of the sovereignty of the Indonesian people.

However, he sees the digitization trend as characterized by several characteristics, including:

According to Johnny, technically, the government’s efforts to accelerate the development of information and communication technology (ICT) infrastructure should facilitate digitalization. However, the biggest challenge is related to legitimacy.

Therefore, he encourages joint efforts to convince the public so that the legitimacy of digital elections can be accepted. “We have to be able to ensure, to convince people to legitimacy. Elections go through a process of legitimacy. So the existence of digital innovation is part of the solution,” he said.

In order to achieve digital transformation in the electoral process, according to him, the existence of digital infrastructure is important to be developed optimally. “Therefore, the most effective way and means to bridge the migration of people from the physical space to the digital space,” he said.

The Ministry of Communications and Information Technology is focusing on accelerating the development of digital infrastructure. According to him, equity is the basis for accelerating national digital transformation, while minimizing Numeric fraction or gaps.

He invited all ranks of the KPU to participate in a concrete national digitization. This way we can accelerate the digital transformation in Indonesia.

“Seeing the title of the current meeting on digitalization, I believe that KPU with its extensive network across Indonesia will be able to accelerate the acceleration of digital transformation,” he said. .