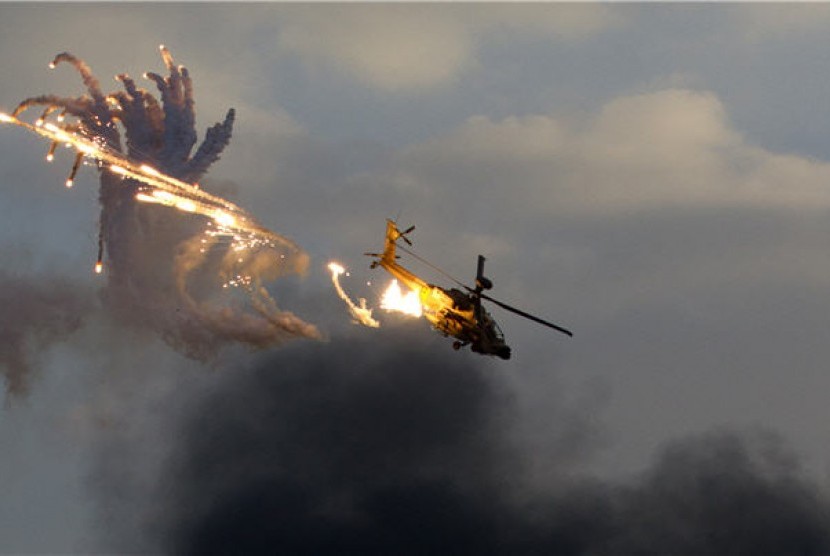 Indian helicopter en route from base to defense college.

REPUBLIKA.CO.ID, NEW DELHI – The helicopter carrying India’s Chief of Defense Staff, General Bipin Rawat crashed in the southern state of Tamil Nadu on Wednesday (8/12). Indian media NDTV reported, no less than 13 people on board the helicopter were killed and one person survived with burns. So far General Rawat’s condition is unknown

Press Agency Tap Trust of India said the helicopter was en route from the air force base to the defense college and crashed near Coonoor in Tamil Nadu.

Video shown on Indian news channels showed the helicopter burst into flames as local residents tried to extinguish it in a densely wooded area near the defense campus. The Indian Air Force is investigating the crash.

Rawat served as India’s first Chief of Defense Staff. The post was appointed by the Indian government in 2019. Rawat took up his post as chief of defense staff in 2020, after retiring as army chief. Rawat has close ties to Prime Minister Narendra Modi and is an adviser to the Defense Ministry.

Rawat comes from a military family. Several generations of his family served in the Indian Armed Forces. Rawat commanded troops in the Indian-administered region of Kashmir and along the Line of Actual Control bordering China.

He has been widely praised for his ability to fight armed conflict on India’s northeast border and oversee cross-border counter-insurgency operations in neighboring Myanmar.