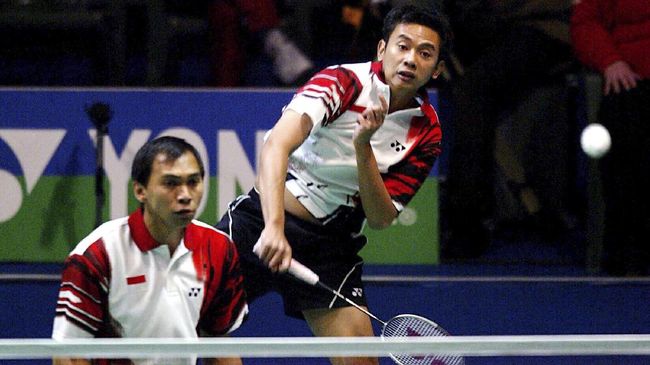 Flady will officially take over as coach in April 2022 later. The former men’s doubles training team joined Indonesia after failing to renew their contract with the Badminton Association of Malaysia (BAM).

Flady has shown himself capable of achieving feats after transitioning from player to coach. Evidenced by his ability to make Indian men’s doubles, Satwiksairaj Rankireddy / Chirag Shetty a respected partner.

Flandy has been coaching India since March 2019. Thanks to his cold hands, Rankireddy/Shetty have often been a stumbling block for top badminton players from other countries.

This Indian pair had penetrated the final of Roland-Garros 2019 before being beaten by Marcus Fernaldi Gideon / Kevin Sanjaya. On the way to the final, Rankireddy/Shetty beat Mohammad Ahsan/Hendra Setiawan, Kim Astrup/Anders Skaarup Rasmussen (Denmark) and Hiroyuki Endo/Yuta Watanabe (Japan).

Flandy then decided to move to Malaysia even though he proved capable of raising the Indian pair’s level of play. Eng Hian’s former partner when he was actively playing received a proposal from BAM.

Flady’s presence again produced a different effect. The top was in the men’s doubles, which was polished by Flandy, namely Aaron Chia / Soh Wooi Yik.

Aaron/Soh managed to get rid of Kevin/Marcus in the quarter-finals of the Tokyo 2020 Olympics, which was a big surprise.

While still active as a player, Flandy was paired with Eng Hian in the men’s doubles sector. The Manado-born man played in the mixed doubles sector with Vita Marissa.