EU and India agree on trade and technology cooperation – Politics 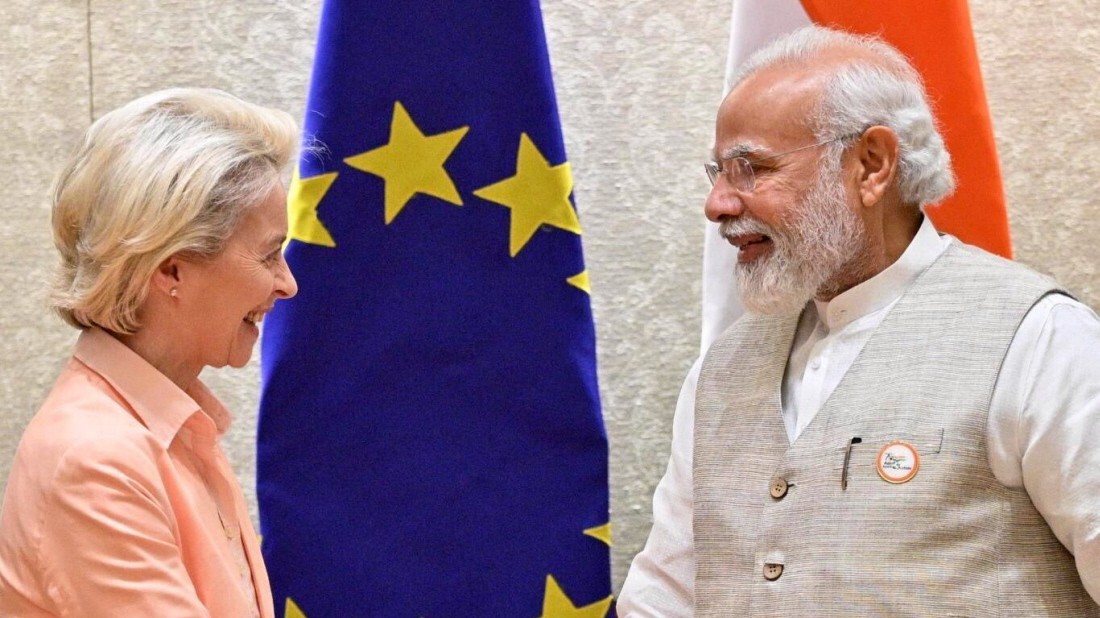 Lots of smiles, lots of handshakes, lots of kind words: EU Commission President Ursula von der Leyen and Indian Prime Minister Narendra Modi mediate on Monday morning in front of the television camera a very fitting description of a state visit to India’s capital city, Delhi. But there are also sensitive issues on the agenda – such as India’s position in the Ukraine war. The government has not condemned the attack by the Russian army and has not participated in sanctions.

Talk about sanctions to von der Leyen later speech at conference “We urge all members of the international community to support our efforts for lasting peace,” he said, without naming India. Despite such issues, the visit is far less stressful than the EU-China summit four weeks ago.

India’s neighbor and main rival China has also refused to take action against Russia. After von der Leyen’s talks with Beijing’s main government, there were no joint statements or new joint projects – diplomatic expressions of frozen relations. It’s different in India: Von der Leyen and Modi agreed to set it up Trade and Technology Council, and deadlock talks on a trade agreement will resume. The EU has long been India’s third most important trading partner, said von der Leyen: “But we can do much more; our trade is far below our potential.”

The EU’s calculations are to tie the world’s most populous democracy, with nearly 1.4 billion people, closer to Europe – and thus reduce Russia’s influence. British Prime Minister Boris Johnson visited Modi last week on a very similar mission. So far, India has relied on Russia for weaponry, among other things. However, Indian manufacturers will have to produce more of their own in the future. They need a Western partner company for this, and the EU is happy to help here.

The new Trade and Technology Council, in turn, is intended to facilitate business in the technology sector. In addition, Brussels and Delhi want to coordinate there in the competition for global standards. The EU and India are “natural partners” when it comes to setting global technology standards, says von der Leyen: “We share many values”, for example that “technology should strengthen individual freedom and not the ability of states to control” – a jab at India’s rival China.

India and the EU both recognize that it is better to develop common standards, for example for fast 5G mobile technology, than to pursue their own solutions, the German added. In addition, the EU group is an important customer for outsourcing providers in India. If there are coordinated data protection rules in the EU and India, the business can still grow – “with huge profits for European and Indian companies,” von der Leyen promises.

So far, India has not set up such a trade and technology council with any other country or economic bloc to exchange and vote on the issue. The European Union, on the other hand, formed such a body last year with the US. Specialists from both sides met there in various working groups. Von der Leyen and Modi are left exposed when the Indo-European Council will start and what structure and members it will have.

It is also questionable whether and what progress can be made in talks on a trade agreement, which will resume in June. India has traditionally been skeptical about free trade.