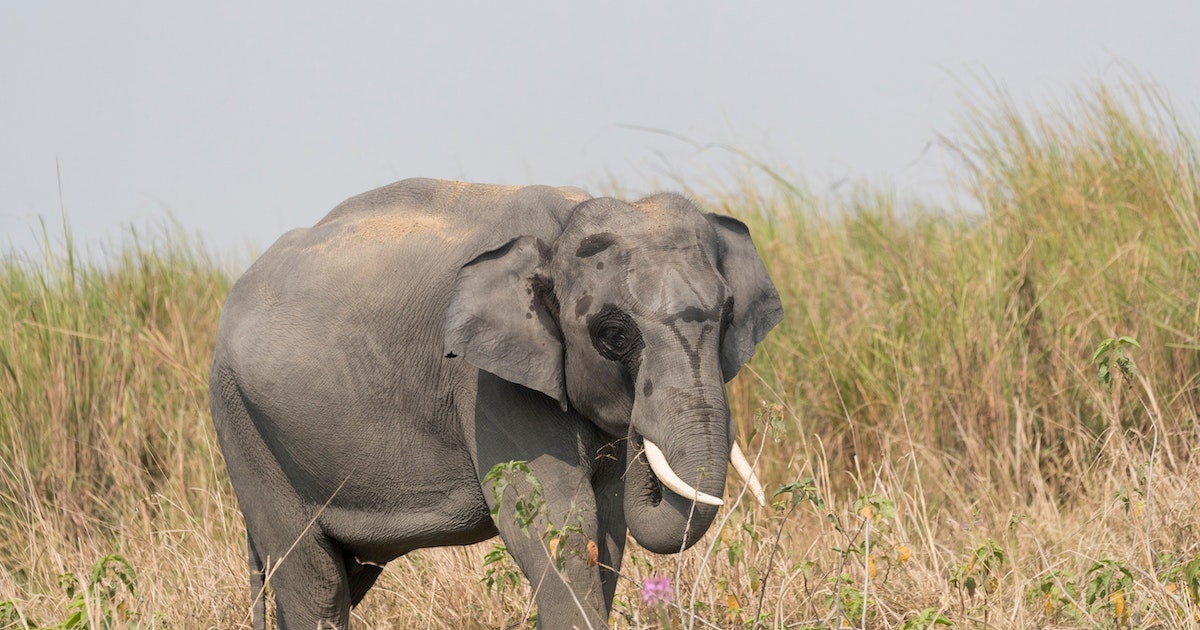 New Delhi – An elephant rejected by its herd is wreaking havoc in the state of Jharkhand, in eastern India: the adult bull has killed at least 14 people in two months. As the India time reported that with the growing number of casualties among residents of the Santhal Pargana area, where the marauding pachyderm is currently staying, more and more calls are being made to shoot the “bad boy”. Because although the authorities have now tried with some effort to track down the “rogue elephant”, he has always managed to elude them.

Threw an elderly couple to their death with their trunk

However, Rajiv Ranjan, the state’s chief game warden, advises caution: “The elephant is believed to have crossed the Barakar River on Wednesday evening and is heading towards the forests of Tundi where it originated,” he said. he told The Times of India. “Our goal is to get the elephant to join its herd. This will stop the chaos and loss of life.

Animal protection officer Satish Chandra Rai suspects the 15-year-old pachyderm wanted to mate and was chased away by rivals. He is currently trying to reintegrate into his herd, Rai confirmed to AFP: “We will see if he is accepted by the herd again. If not, it is clear that he is a bad boy. Will he then be allowed to shoot?

Rai assumes that the unwanted loner only attacks people when they accidentally get in his way or provoke him. He’s never broken into a house before. But beware: it was not until Tuesday that the elephant would have lifted an elderly couple with its trunk and thrown them to death.

India is home to the largest wild population of Asian elephants within the country’s borders, with an estimated 26,000 to 28,000 animals. About half of them live in the south of the country, another third in the northeast. In recent years there have been an increasing number of fatal incidents involving elephants.

This is mainly due to people occupying more and more living space. The existence of the species is considered put in great dangert and is in decline mainly due to landscape destruction and poaching.