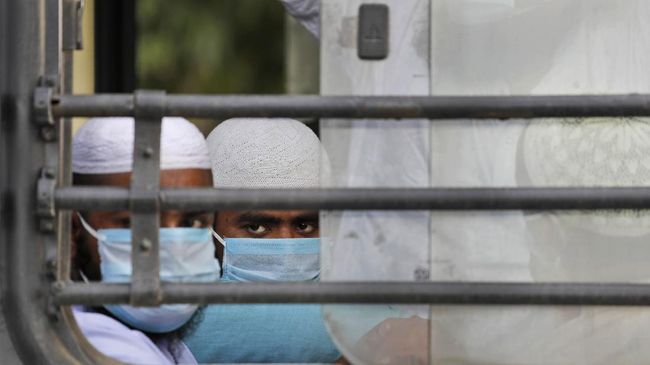 The consular function for socio-cultural education of the Indonesian embassy in India, Hanafi, does not see the friction between Hindus and Muslims in daily life in India.

“I feel like Muslims don’t feel threatened because everyone has their own community,” Hanafi said when contacted. CNNIndonesia.comWednesday (19/1).

Previously CNN reported that one of the Hindus, Pandey, called for the massacre of Muslims in India at the Haridwar conference in Uttarakhand state last December.

The Hindu said that if 100 people from his group became soldiers and prepared to kill two million Muslims, then they would win, protect India and create a Hindu state.

If that happens, Hanafi continued, of course the Muslim community in India will feel offended and protest.

“But (it) only becomes a controversy in the media, it has no effect on people’s lives,” he said.

According to Hanafi, although Islam is a minority in the country ruled by Narendra Modi, the number is quite large at over 200 million.

So of the majority of one billion Hindus, there are only a handful of militants.

“Along the way, there are personalities who seek popularity by taking advantage of religious feelings,” he said.

In India, the video calling for the massacre went viral and drew widespread criticism from the public. They are also unhappy with the government’s slow response to the statement.

The Indian High Court then intervened on Wednesday (12/1). They expect a response from state and federal authorities within the next ten days.

Local police are also investigating Pandey and several others for insulting religion. According to Haridwar police officials, the charge carries a maximum sentence of four years in prison.