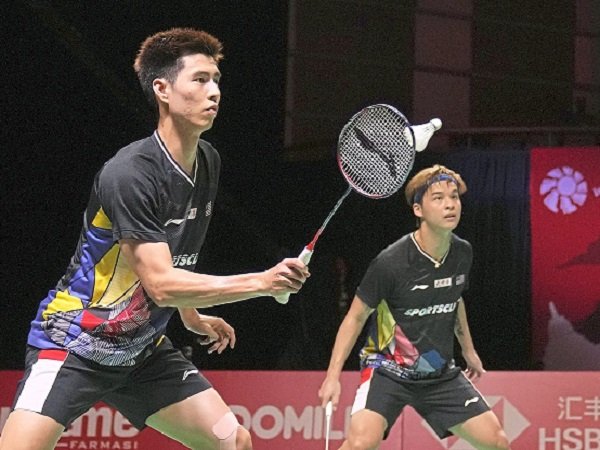 Badminton News: 2021 World Championship bronze medalists Ong Yew Sin/Teo Ee Yi will have extra motivation to compete for the title at the India Open Super 500 which is the opening tournament of the season.

The world number 11 duo have a good chance of breaking into the world top 10 for the first time if they strive for the title.

Building on their superb performance in Huelva last month, third seeds Ong Yew Sin/Ee Yi will enter the tournament as one of the favourites.

Their path was clear until the semi-finals where they will face the top seeds and three-time world champions from Indonesia, Mohammad Ahsan/Hendra Setiawan.

If recent performances are anything to go by, Ong Yew Sin/Ee Yi should have the upper hand despite world No. 2 Indonesia leading 2-1 in their head-to-head record.

But Ahsan-Hendra has had to struggle lately, losing in the second round of the World Championships.

However, Yew Sin/Ee Yi should face no problems in their opener against unknown local pair PS Ravikrishna-Sankar Prasad.

Yew Sin/Ee Yi will fight for their third World Tour title after winning the 2016 Bitburger Open (now the Hylo Open) and the 2020 Thailand Masters.

Another big contender is local favorite and world number 10 Satwiksairaj Rankireddy-Chirag Shetty, who is expected to advance to the final from the bottom of the pool.

Another Malaysian in the fight is a new pair, Lim Khim Wah/Nur Mohd Azriyn Ayub, who will face sixth-seeded India MR Arjun/Dhruv Kapilla.

With many of the world’s best pairings, Kian Meng/Pei Jing and Tang Jie/Yen Wei will be set to achieve their goals as the first and third seeds respectively, while all eyes will also be on Peng Soon/ Valeree in their first tournament. together as a partner.