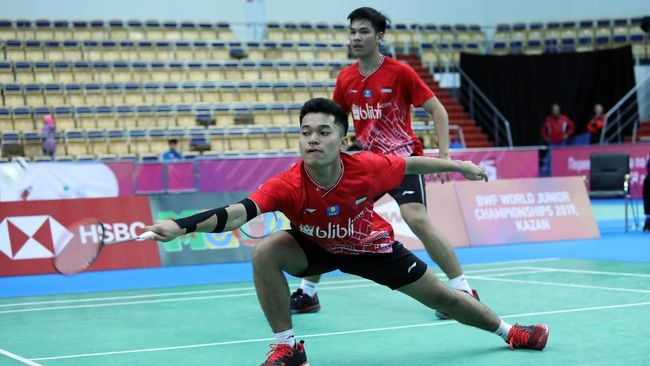 The Indonesian men’s team won 3-2 against India and managed to win Group A and secure a ticket to the semi-finals Badminton Asian Team Championship (CBAT) 2022.

In the match which took place at the Setia City Convention Center, Selangor, Malaysia on Friday (18/2) morning, the Indonesian team fell behind first.

In the third party, Ikhsan Leonardo Imanuel Rumbay had to finish the rubber game. After winning 21-13 in the first game, Ikhsan lost 17-21 in the second game. A 21-10 victory in third gear allowed Ikhsan to bring points back to Indonesia.

Muhammad Shohibul Fikri/Bagas Maulana who appeared in Game 4 faced no significant problems as they beat Hariharan Amsakarunan/Ruban Kumar Rethinasabapathi 21-10 and 21-10.

This win allowed Indonesia to eliminate all games with a win. Previously, Garuda’s team won 4-1 against Hong Kong and beat South Korea 3-2.

Indonesia will still be waiting for their opponents in the semi-finals. The three countries that have the chance to become Indonesia’s opponents in the competition for the final ticket are Malaysia, Singapore and Japan.

Meanwhile, the Indonesian women’s team had already confirmed their ticket to the semi-finals after beating Hong Kong, Kazakhstan and Uzbekistan.

The semi-finals will take place on Saturday (19/2) in the morning and in the evening.