7 largest stadiums in the world by audience capacity 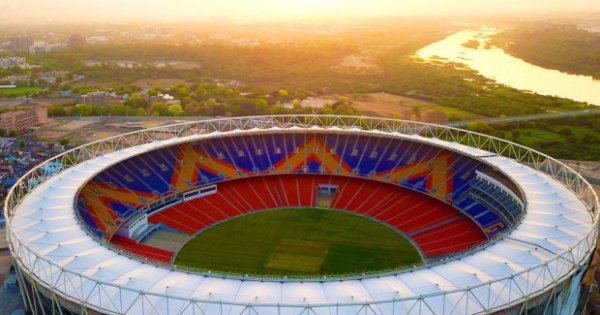 A stadium is a venue or venue for sporting matches, concerts, or other events. The stadium consists of a field or a stage, partially or completely, and is surrounded by a multi-level structure designed to accommodate spectators.

The size of a stadium can be measured by the capacity of the public. The bigger the stadium, the more spectators it can accommodate. Most stadiums with a capacity of at least 10,000 are used for association football. Some of the other sports played at the stadium include baseball, cricket, rugby, lacrosse, bandy, and bullfighting.

The biggest stadium in the world

This is a list of the largest stadiums in the world by capacity.

According to Gujarat Cricket Association, Narendra Modi Stadium is the largest cricket stadium in the world. Apart from cricket, the stadium has hosted several Gujarat government programs and hosted matches in the 1987, 1996 and 2011 Cricket World Cups.

Rungrado May Day Stadium or Rungrado Labor Day Stadium holds the second position as the largest stadium in the world with a capacity of 114,000 spectators. Estimate StadiumDB.comthis multi-purpose stadium occupies an area of ​​20.7 hectares on Rungra Island, Pyongyang, North Korea.

The Rungrado Labor Day Stadium initially had a capacity of 150,000. However, following a redesign in 2014 which included the replacement of some seats, the capacity was reduced.

The stadium is shaped like a parachute, although it was originally designed to look like a magnolia blossom. As the name suggests, Rungrado Labor Day Stadium was completed on May 1, 1989 and is used for various types of sporting events including football matches. However, the stadium is often used for military parades.

The stadium has a capacity of 107,601 seats. However, it was once home to over 115,000 people. Michigan Stadium is used for the University of Michigan’s main student graduation ceremony.

Beaver Stadium is the fourth largest stadium in the world. This stadium is a football stadium located on the campus of Pennsylvania State University. Initially, Beaver Stadium could only accommodate 30,000 fans.

The university decided to dismantle the stadium and continue to increase and expand its size until it could currently accommodate 106,572 people. Due to its size, Beaver Stadium has been named as one of the scariest places for opposing teams.

With a seating capacity of 102,780, Ohio Stadium is the third largest campus in the United States. Besides being used as a sports arena, Ohio Stadium is also a concert hall for a number of musicians, such as U2, Taylor Swift, The Rolling Stones, Genesis, Pink Floyd and Metallica.

Kyle Field is the sixth largest stadium in the world. The stadium is used for the American football arena and is located on the campus of Texas A&M University in College Station, Texas, United States.

During 2014-2015, Kyle Field was renovated so that it currently has a capacity of 102,733 spectators. Kyle Field is named after Edwin Jackson Kyle, who served as Dean of Agriculture and Chairman of the Board of Athletics at Texas A&M University.

Neyland Stadium is a sports stadium located in Knoxville, Tennessee, United States. With a capacity of 102,455, the stadium is ranked as the seventh largest stadium in the world.

In June 2017, the structural steel of Neyland Stadium underwent a $3 million sanding and painting process that continued into the following summer. For the 2021 football season, Tennessee Athletics is introducing a new LED lighting system and stadium sound system.