The new generation of Toyota Innova filmed on the streets again 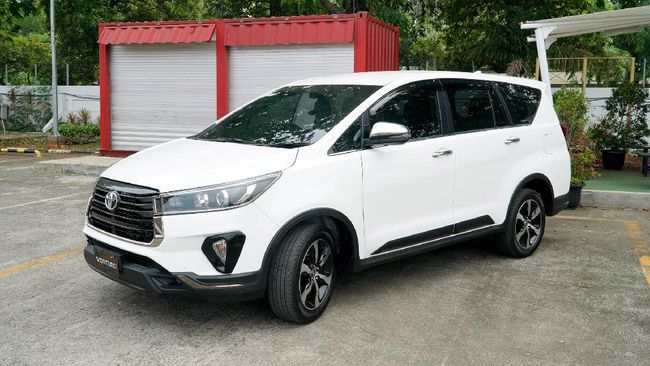 New generation models Toyota Innova reportedly appeared on the streets of India wearing a camouflage uniform. This appearance indicates a number of changes to the Innova using hybrid technology.

Engine harness reported that the new Innova unit was filmed in Bengaluru, Karnataka. This appearance is understood a month after the sighting of a similar pattern in Thailand.

The Innova, which wears camouflage all over the body, would not be much different from the current model. However, it is highlighted that there is a change in the design of the window on the third row.

Also, this unit is believed to be related to the unit in Thailand as it uses the same rim design.

Then it is also seen that the new Innova in India has a large rear windshield, roof spoiler and separate taillights.

It is said that the look of this car will be different from the Innova Crysta which is currently being sold in India as it uses a new design of bumpers, grille and headlights.

The new generation Innova should be launched this year.

Rumors about the Innova Hybrid have been circulating in Indonesia for a long time, after Toyota announced an investment of IDR 28.3 trillion for electrification.

Innova Hybrid is one of 10 hybrid cars that Toyota has promised to sell in Indonesia. Five of the hybrid cars were described using Plug-in Hybrid Electric Vehicle (PHEV) technology.