Students trapped, India calls for ceasefire between Russia and Ukraine 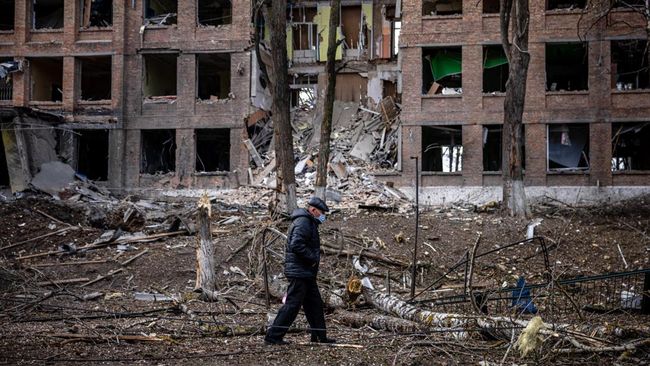 Government India talk to officials about Russia and Ukraine to push for a ceasefire after Indian students trapped in Ukraine demanded their evacuation.

“We strongly urge both sides to implement a ceasefire; we will see if it happens, when it happens when it happens,” Arindam Bagchi, spokesman for the Indian Foreign Ministry, said during the meeting. a press conference on Saturday. 5/3) quoted from CNN.

“But I hope it will happen because it will be something useful and necessary for us, otherwise we put them in danger. … We will continue to insist on that.”

At least 700 Indian students were stranded in Sumy, a city in northeast Ukraine, according to the ministry.

Bagchi said another major concern was transportation, as Sumy is about 30 miles from the Russian border and the rail line is not working.

According to him, a bus or a truck would be a reasonable choice. However, the best exit route will be determined by officers in the field.

“We will find a way to get them out. If there is a break in the fighting, I guarantee you we can get them out,” he said.

Bagchi said all Indian nationals had left Kharkiv, but said he would re-examine to identify the remaining citizens.

“We have created a special group that is ready to take the Indians to the territory of the Russian Federation and then transport them to India, but the problem is that the fighting in this region continues and where the Indians are, our troops are not,” Alipov mentioned.

The Russian Ministry of Defense had announced a ceasefire in two Ukrainian cities, Mariupol and Volnovakha, on Saturday (5/3). A truce is decided to give the inhabitants of the two besieged cities the possibility of evacuating.

However, the city council of Mariupol, Ukraine, asked residents to return to shelters instead of evacuating from the Russian invasion. They said negotiations with Russia for a ceasefire were not yet complete.