Look forward to it! Surprise at the semi-finals of Syed Modi India International 2022, LIVE on iNews 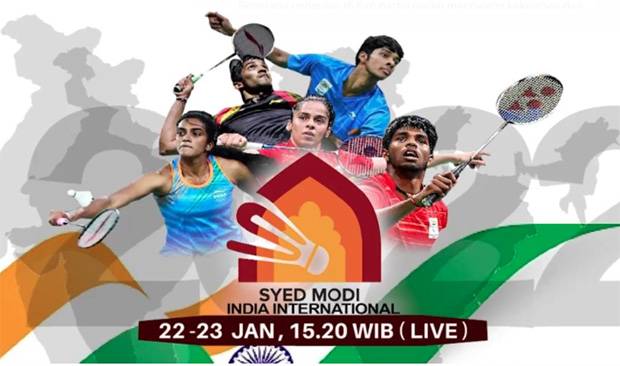 Look forward to it! Surprise at the semi-finals of Syed Modi India International 2022, LIVE on iNews. Photo: MNC Media

Several seeds from each team actually lost and had to stop their steps to qualify for the semi-finals, such as India’s 5th seed, Pranoy HS who was beaten by Arnaud Merkle of France. Next, Vladimir Ivanov/Ivan Sozonov, the Russian 2nd seed who also suffered a loss, met Man Wei Chong/Kai Wun Tee, the Malaysian 8th seed. Then from the women’s doubles were Anastasiia Akchurina/Olga Morozova, the 2nd seed from Russia and Vivian Hoo/Lim Chiew Sien the 5th seed from Malaysia.

However, there is still one top seed who managed to qualify for the semi-finals, namely host India’s favorite player, namely Pusarla V Sindhu in the women’s singles night. Pusarla V Sindhu will face Russian 5th seed Evgeniya Kosetskaya who beat Tereza Svabikova in the quarter-finals 21-8, 21-14 in just 22 minutes.

So will the surprises continue in the semi-finals later? Watch the excitement of the Syed Modi India International 2022 Semi-Finals today, January 22, 2022, 3:20 PM WIB LIVE on iNews.

Therefore, support the struggle of world badminton athletes in the Syed Modi India International 2022 tournament from 18th to 23rd January 2022 and watch the semi-finals to the final on 22nd and 23rd January 2022 LIVE only on iNews. Besides, it can also be viewed on MNC Vision, K-Vision, MNC Play, Play Box, Vision+ and RCTI+.