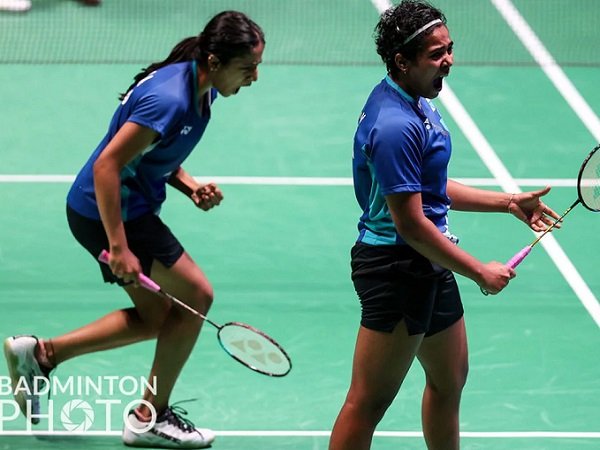 Badminton News: A pair of Indian teenagers playing their first major event produced YONEX All England’s biggest story as they stunned second seeds Lee Sohee and Shin Seungchan in the quarter-finals of the All England 2022.

Treesa Jolly and Gayatri Gopichand Pullela, who only started playing on this year’s HSBC BWF World Tour and made their Super 1000 debuts at the All England, weren’t intimidated by their reputation for excellence. rivals and launched a counter-attacking game which saw the second seeded.

Impressive enough for a pair unfamiliar with this level, Jolly and Pullela absorb whatever Lee and Shin throw at them, before snapping back. Two match points were saved in the second game, the momentum determined the direction of victory for the Indian team.

“I don’t know what to say, it’s not real. I got goosebumps,” said Gayatri, whose father Gopichand was the 2001 England champions.

“We just give our best. In the second set we were down 18-20, we just thought we had to fight, just one point at a time.”

“I didn’t think we would have tickets to the event. When we got the registration we were happy that we got to play with the best players in the world and I’m really excited. The semi-finals now, and I’m very happy. I’m so grateful.”

Jolly, who had an outstanding game with his speed and attack, said they needed time to adapt to the Korean game and they were gradually able to assert themselves.

“Their control and speed are very good. After the first game, we got familiar with their attack and speed, and we also started attacking. We held the wheel and defended the attack.”

The representatives of India will then face the new Chinese combination, Zhang Shu Xian/Zheng Yu, while in the first group, the Korean pair Jeong Na Eun/Kim Hye Jeong will face the seventh seed Chiharu Shida/Nami Matsuyama.