In India, 11,000 loudspeakers of places of worship removed 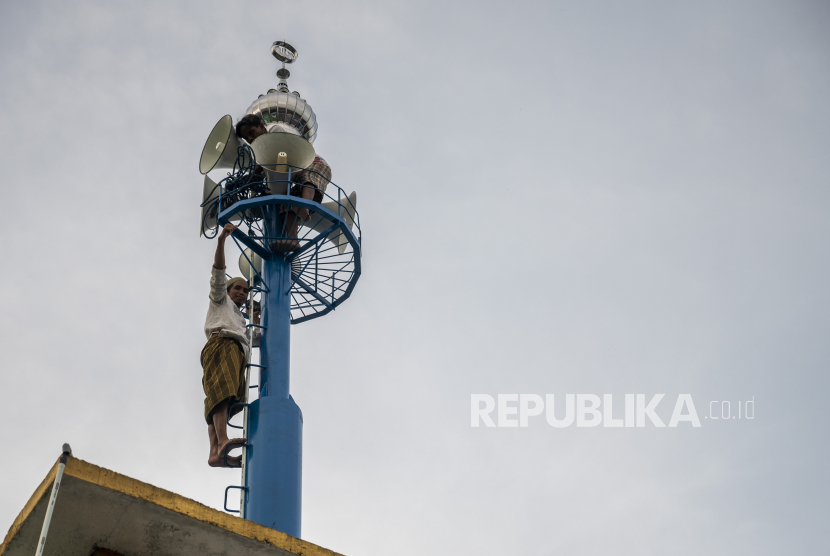 No less than 11,000 loudspeakers have been removed from places of worship

REPUBLIKA.CO.ID, UTTAR PRADESH – As many as 11,000 loudspeakers have been removed from religious places till Wednesday evening (27/4/2022), following a directive from the government of Uttar Pradesh, India . A total of 10,923 speakers were removed from various religious sites across the state and 35,221 speakers were lowered to appropriate settings.

Ministry of Home Affairs, State of Uttar Pradesh as reported by Gulf NewsFriday (4/29), abolished the use of loudspeakers in eight state areas including Agra, Meerut, Bareilly, Lucknow, Kanpur, Prayagraj, Gorakhpur and Varanasi.

Of this total, the Home Ministry removed 2,395 loudspeakers and lowered the volume of 7,397 loudspeakers from religious sites in Lucknow area, followed by Gorakhpur and Varanasi areas.

A June 2005 Supreme Court order banned the use of loudspeakers and music systems in public places between 10 p.m. and 6 a.m. (except in public emergencies), citing the severe impact noise pollution on the health of people living in the neighborhood.

Meanwhile, the local government has appealed to religious leaders for their support and cooperation to remove the loudspeakers and hold peaceful celebrations of the upcoming festival.

“All religious leaders have been asked to provide all possible cooperation in order to carry out all our programs. Government officials and our district police have spoken with between 30,000 and 40,000 religious leaders. We have received support This work continues,” said the Chief Secretary of the Department. Maid, Awanish Kumar Awasthi.

Awasthi said community and religious leaders cooperated to remove the speakers. It sends a good message to the public, he said, adding that the department would ensure a balanced dialogue if there were any difficulties in removing the speakers.