Chinese players unstoppable in first round of Indonesia Open 2022 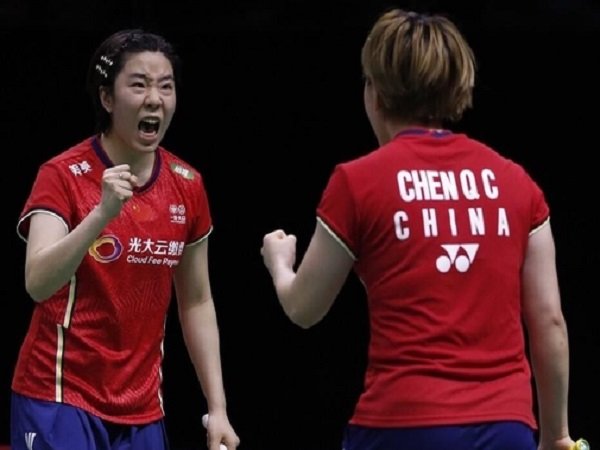 Badminton News: The BWF World Tour Indonesia Open 2022 closed the first day of competition, and the Chinese team won many matches to advance to the next round.

Lu Guangzu won the first round of men’s singles, He Bingjiao and Wang Zhiyi joined hands to advance, while Chen Qingchen/Jia Yifan narrowly won after saving a match point.

The Indonesia Open is a super 1000 event, and many national featherweight players fail to qualify for the competition due to seedings.

Lu Guangzu performed well in the first round of the men’s singles. He defeated Kenta Nishimoto of Japan in back-to-back matches 21-18 and 21-13.

He Bingjiao faced a fierce battle in the first round. He continued to press Sindu from India on the pitch. He Bingjiao won in straight sets 21-14, 21-18 to advance to the next round.

There are three Chinese women’s doubles in competition. Chen Qingchen/Jia Yifan defeated South Korea’s Baek Ha Na/Li You Rin 21-14, 20-22, and 23-21 after a fierce battle lasting 1 hour 30 minutes. In the decisive match, the Fanchen combination took the lead to get match points, but the Korean combination took over the match points, until finally Chen/Jia could win the match with 3 points at a critical moment. .

Meanwhile in the first round of mixed doubles, there was an upset. Thai seeds Dechapol Puavaranukroh/Sapsiree Taerattachai lost the draw 18-21, 21-7 and 20-22 to Malaysia’s Goh Soon Huat/Shevon Jemie Lai.