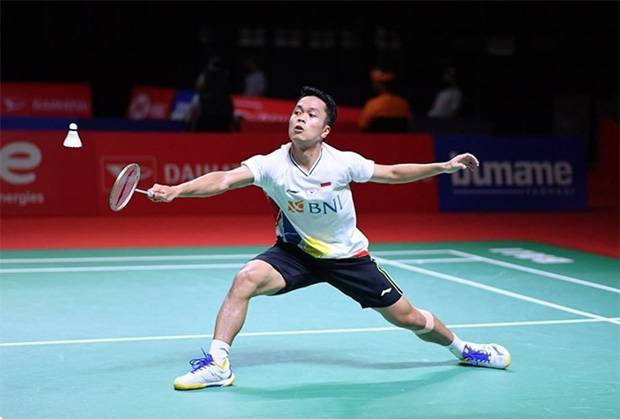 MUELHEIM – Anthony Sinisuka Ginting suffered a shock loss in the Round of 16 German Open 2022 . The Indonesian men’s singles, ranked fifth in the world, was beaten by 20-year-old Indian badminton player Lakshya Sen 7-21, 9-21.

Playing at the Westenergie Sporthalle, Muelheim, Germany on Friday (11/3/2022) early morning WIB, Ginting was overwhelmed early in the first game. He was unable to keep up with Sen’s fast play, so he was 3-7 behind.

Read also: Jonathan Christie arrested in the round of 16 of the German Open 2022

The 171cm tall player seemed very flustered by Sen’s attack. Moreover, he also often made his own mistakes which left him 11-5 behind in the first interval of play.

After the break, Ginting’s performance did not improve. He couldn’t develop the game, while the opponent was very competitive with his sharp smashes to lead very far 16-6.

Sen’s dominance continued until the end of the first game. The 20-year-old secured victory with a score of 21-7.

The situation was not much different at the start of the second game. Ginting still hasn’t found his best touch so Sen is back in front 7-3.

However, Cimahi player West Java didn’t just give up and put up fierce resistance after that. He managed to close the distance at 7-9, but still trailed 7-11 in the second interval.

After taking a break, Sen did not let up on his attacks. He continued to bombard Ginting with a combination of sharp ball attacks that gave him a 16-9 lead.

Continuing to be attacked, the Red-White representative failed to shake off the pressure. As a result, Sen closed the match with a 21-9 win.

With these results, Ginting’s trip to the German Open 2022 has been halted. Meanwhile, Sen has secured a ticket to the quarter-finals and will face compatriot, Prannoy Haseena Sunil Kumar.