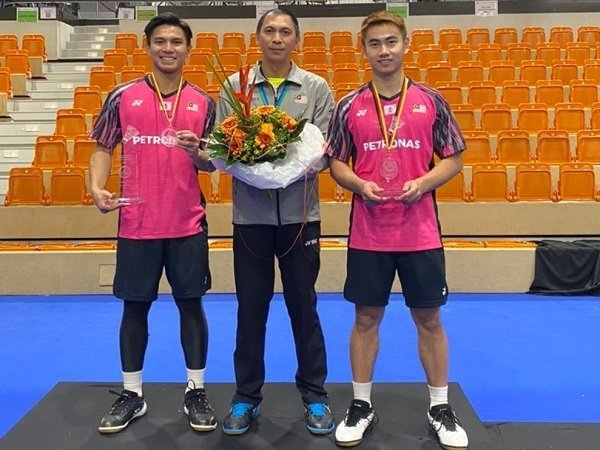 Badminton News: Malaysia will be counting on Goh Sze Fei/Nur Izzuddin Rumsani to grace the Singapore Open from July 12-17 in the absence of top pair Aaron Chia/Soh Wooi Yik.

The world number 6 duo already have a busy schedule with the Malaysian Open (June 28-July 3) and Malaysian Masters (July 5-10) to come.

Malaysia will send No. 12 Sze Fei/Izzuddin and independent duo Ong Yew Sin/Teo Ee Yi (No. 10) to hold the country’s flag high in Singapore.

In the Singapore Open 2022 draw released yesterday, Sze Fei/Izzuddin, who are in the bottom half, have an easier path to the quarter-finals as they need to overtake Japanese duo Hiroki Okamura/Masayuki Onodera ( n°55) in the first round and they should face in the second round the Indian MR Arjun-Dhruv Kapila (n°36).

Yew Sin/Ee Yi, who are in the top half of the table, have a tougher opening game against Thailand’s Supak Jomkoh/Kittinupong Kedren (#33).

A win will likely see them take on 24th-placed Taiwanese Lu Ching Yao/Yang Po Han for a place in the top eight.

Double coaching director Rexy Mainaky said, one local and one from abroad. Rexy said the election would not be rushed.

“We don’t want to rush because it’s not easy to find a quality coach,” he said.