Where does badminton come from? This is the story of its origin 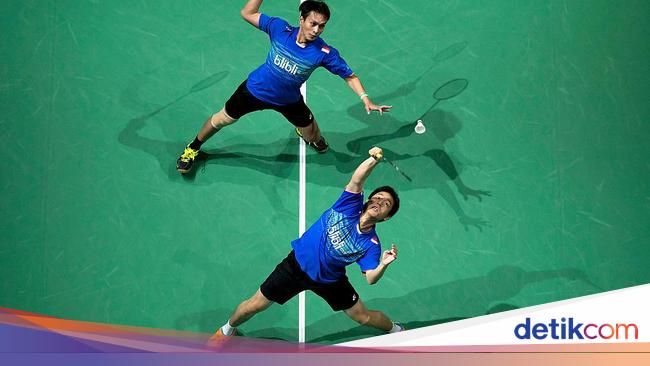 Badminton is a popular sport for the people of Indonesia due to the proud achievements of the athletes. But where does badminton come from?

In general, badminton or badminton is a sport that requires defensive and offensive skills to prevent the shuttlecock from falling into its own territory. This game can be played in singles or doubles.

Reporting from the book ‘Basic Badminton’ by Dhedhy Yuliawan, the origin of the game of badminton in the world has many versions in its invention.

In the beginning, badminton was invented or created not as a sport by hitting the shuttlecock, but as a traditional ceremony or as entertainment.

2000 years ago, we talked about the practice of badminton in Egypt, China and India. This sport was played using a tool as a blow object. However, he didn’t use a tool like a bat.

Later this game was developed in ancient Egypt, India and China using the feet. There is a story that records the beginning of the game of badminton from China, Jianzi playing a game that uses objects and prevents them from falling to the ground using their feet.

According to another version, badminton has been played in England since the Middle Ages. At this point you will usually use the paddle/stick (Battledore) and keep the shuttle in the air and prevent it from hitting the ground.

This game is quite popular among Londoners as it is played on every street corner. In 1854, in London, a magazine published a cartoon about this game.

While learning the game of badminton in the local traditional way, these British soldiers made their own adaptations for the sport. Adaptation from the sport of badminton they did mainly by adding a net.

The British soldier also referred to the sport of badminton as “Poona” or “Poonah”. Another name for badminton is taken from the name of the city in which they are headquartered, namely Pune.

From the game, badminton has been developed into a more competitive sport as entertainment. The competitive game was first played in India, Pune, in the 19th century and was developed by the British military.

Then soldiers brought the game back to England in the 1850s. The sport got its current name in 1860 from a pamphlet by Isaac Spratt, an English toy seller, titled “Badminton Battledore a new game”.

This describes the game played at the Duke of Beaufort’s House Badminton Estate (Badminton House) in Gloucestershire, England.

The game of badminton at that time was unclear on the rules used. So, in 1877, the first draft rules were drafted by the Bath Badminton Club in England.

It was not until 1893 that the Badminton Association of England was formed and an international match was held in 1899. This championship was popularly known as All England and was introduced to the countries from East Asia, Southeast Asia and Scandinavian countries.

After being started by the Badminton Association in England, badminton developed very quickly. This sport is very popular among people and is growing in all countries.

Since then, a world class organization called IBF or International Badminton Federation was established in 1934. The pioneers were England, Ireland, Scotland, Wales, Denmark, Netherlands, Canada, New Zealand, France and India which joined as affiliates in 1936.

At the IBF Extraordinary General Assembly in Madrid, Spain in September 2006, it was proposed to change the name of the International Badminton Federation to the Badminton World Federation (BWF).