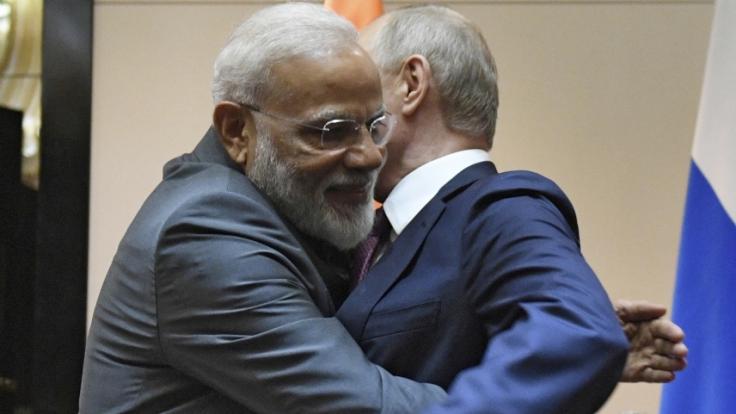 While the West seeks further sanctions against Vladimir Putin and Russia, India is restarting its export trade with the Kremlin amid the Ukraine war. Tea, rice, fruit, coffee, seafood and confectionery are exported.

Vladimir Putin’s war of aggression against Ukraine has been raging for almost eight weeks. Since the beginning of the invasion, the western community has not only supported its Russian neighbors with arms shipments. Russia and its multimillionaire oligarchs have been sanctioned, accounts frozen, foreign assets secured. But not all states share this course. India for example, economic sanctions against Russia continue to weaken.

As a British news site “Express.co.ukwrites, India has continued to export important commodities such as tea, rice, fruit, coffee, seafood and confectionery. Russia is reported to have started importing Indian goods as several banks facilitate bilateral trade between the two countries by transporting facilitating container shipments through ports in Georgia.

Trading will primarily be conducted via rupee-ruble links, with several banks reportedly also offering payments in euros, an insider told “Economy Time” was recently explained. As “Express.co.uk” writes, India’s exports to Russia help counteract the impact of Western sanctions on Wladimir Putin had to be reduced as reports indicated that the country’s food stocks were running low.

Another relationship between India and Russia was recently reported. As confirmed by Reuters news agency recently, India’s two major energy companies have signed contracts to buy a total of five million barrels of oil from Russia. Citing trading sources, it said at the time that Indian Oil Corp., the country’s largest oil refiner, had purchased three million barrels of Russian oil from trader Vitol for May delivery. A second company, Hindustan Petroleum Corporation Ltd (HPCL), has signed a deal to import two million barrels of Russian crude, it was reported.