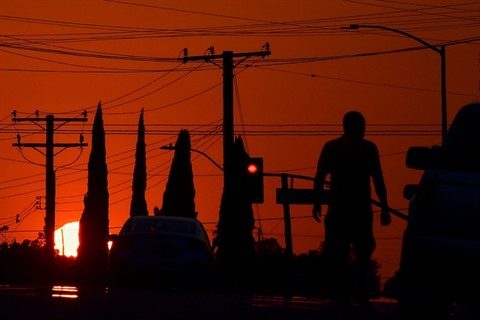 A heatwave headed for the eastern United States on Monday, June 20, the meteorological service said, raising fears of potentially dangerous temperatures for the most fragile and devastating of bad weather, after hitting the center of the country.

“Dangerous heat will continue to dominate headlines, from the central to the Southeastern United States”say National Weather Service (NWS).

Chicago, the country’s third metropolis, is expected to see temperatures of 37°C on Tuesday, June 21. Night will not bring comfort with mercury above 20°C, forecasters say.

Heat will drop to the Southeast on Wednesday 22 June, with temperatures up to 43°C on the Gulf of Mexico coast, coupled with high humidity.

The Northeast of the country must stay protected from these weather conditions which have caused heavy rains in the Northwest and in the Central of the country.

Yellowstone National Park, which closed last week due to severe flooding, announced it would partially reopen its entrances on Tuesday 21 June, but to the public limited.

The sprawling park of nearly 9,000 km², straddling the states of Wyoming, Montana and Idaho (Northwest), will screen entries by setting up an odd-even system by vehicle license plate and day of the week.

This temporary system “will ensure that visitors can enter the park during this period of high demand”Yellowstone official explained on Facebook, saying it would be reconsidered “in three or four weeks”.

The park has been evacuated due to flooding caused by overflowing rivers and torrential rains, which caused landslides and landslides, cutting off sections of roads.