The situation in Ukraine could become a major crisis 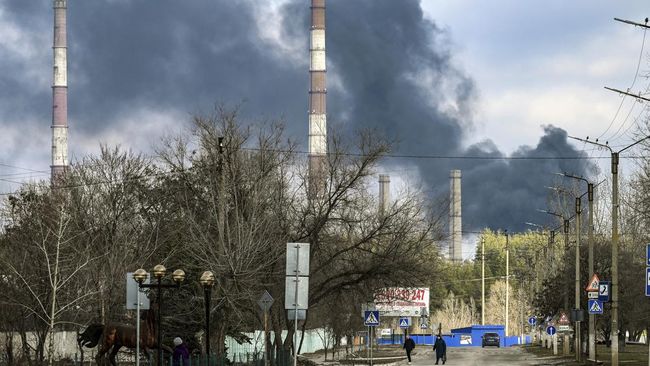 India’s Ambassador to the United Nations (UN), TS Tirumurti, said Ukraine was in danger from the Russian attack and the situation there could turn into a major crisis.

“(The situation in Ukraine) risks escalating into a major crisis,” Tirumurti told an emergency meeting of the UN Security Council on Wednesday evening (23/2) local time.

According to him, Russia has ignored calls from the international community to give time until the two sides find a solution.

“We express our deep concern over these developments which, if not carefully managed, could undermine regional peace and security,” he said.

“We believe the solution lies in continued diplomatic dialogue between the parties involved,” Tirumurti said. “We strongly underscore the vital need for all parties to maintain international peace and security with full restraint.”

Tirumurti stressed that all parties involved in the Ukrainian-Russian crisis should refrain from escalating the situation.

“India has always advocated at the United Nations for the need for peaceful settlement of disputes in accordance with international law and agreements reached by the parties concerned,” he said.

In the early hours of Thursday (24/2), Putin announced a special military operation in Donbass, one of the areas controlled by the pro-Moscow separatist group.

“I made the decision to deploy a military operation (in eastern Ukraine),” Putin said in a brief speech.

Soon after, explosions occurred in several cities in Ukraine, including the capital, kyiv.