The city of Montauban can now be visited by tuk-tuk 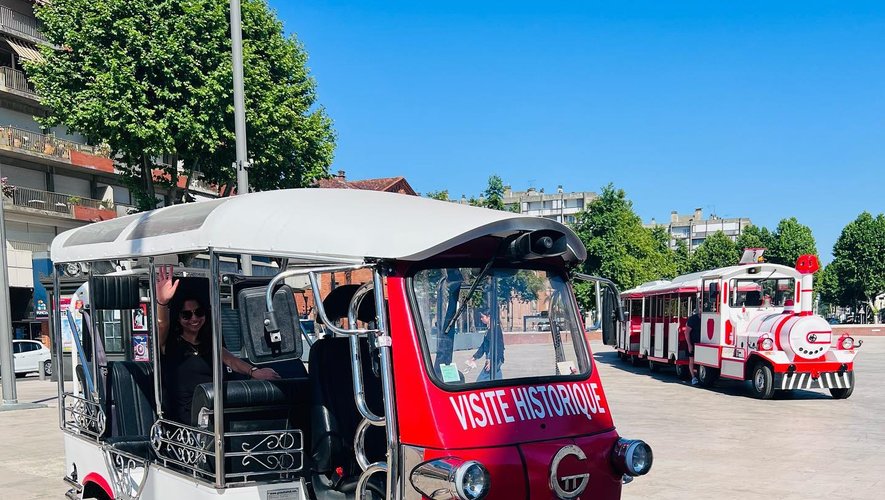 the important one
Throughout June but also in September, tourists can find Montauban on a tuk-tuk operated by the company “Le petit train trébéen”. Imported from India, this mode of transportation used as taxis in Asian countries has already attracted the first visitors to the city of Ingres.

This summer, the Montauban tourism office is offering a new way to explore the city: by tuk-tuk! “It’s the same route, the same guided tour, but in a tuk-tuk”, explains Frédéric Fau, manager of the company “Le petit train trébéen” based in Trèbes (Aude) and owner of the vehicle. Already used as taxis in many countries around the world, particularly in Thailand, the tuk-tuk is seen as an alternative to small trains when the number of passengers is low.

More economical and ecological, this vehicle can accommodate six passengers and consumes 1 liter per hour. This is a third of what a small carriage needs. Imported directly from India, there are only six tuk-tuks of this model in France at the moment.
Since it was inaugurated on June 2, the public’s feeling has been unanimous: “They are having fun”, says Frédéric Fau. Among the first passengers was Montalbanais, who out of curiosity decided to take a guided tour of their city in this exciting new vehicle. “More attractive and cheaper,” concludes the tuk-tuk owner.

Earned for €30,000, the means of transport remains more economical than the €240,000 spent on small trains.
“Driving requires a motorcycle license”, says Frédéric Fau. Therefore, this season’s drivers alternate between small rail and tuk-tuk tours.
Guided tuk-tuk tours are offered only in June and September, on Tuesdays, Thursdays and Fridays. Tickets can be purchased at the tourism office, for 6 € or at a discounted rate of 3.50 € for children from 3 to 12 years and students by showing the card.
More on the website www.montauban-tourisme.com/le-petit-train-de-montauban/