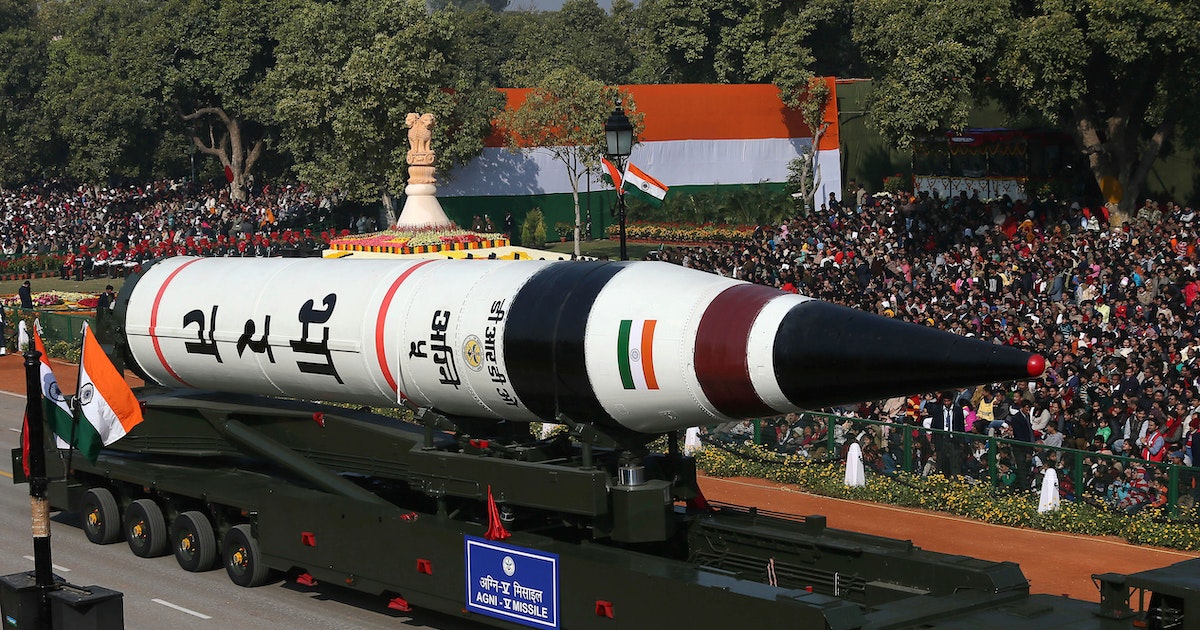 New Delhi – India has tested a nuclear-capable missile with a range of up to 5,000 kilometers. The Agni-5 missile was fired from an island off India’s east coast on Wednesday night and crashed in the Bay of Bengal, the defense ministry said.

India had already fired the 17-meter-long “Agni-5” rockets, which can be equipped with nuclear warheads, for test purposes. Now the military has conducted a night test for the first time. Indian media spoke of a “warning signal” to China.

Tensions between the two nuclear powers had increased in recent months after the death of 20 Indian soldiers during clashes in the Himalayas in June 2020. It is the worst incident in the border conflict between the two countries for decades. Since then, China and India have mobilized tens of thousands of additional troops to secure their borders.

Recently, China’s alleged test of a hypersonic missile caused a stir. While the United States spoke of a “very worrying” event, Beijing denied the information. Rather, it was a routine test for “reusable space technology”.