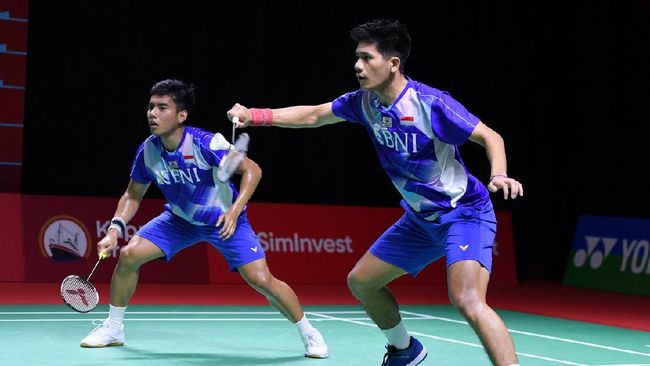 Pramudya/Jeremiah led the points in the first game. The young PBSI national team pair even won 7-0 against India’s number one prop.

The world number 23 pair were able to maintain consistency in play and continue to lead. But Rankireddy/Shetty can catch up. Pramudya/Jeremiah, who were leading 18-11, were locked in and could only add points when the opponent turned in front.

Down 18-19, Pramudya/Jeremiah managed to keep a calm game and earned three straight points to take them 21-19.

In game two, Rankireddy/Shetty didn’t want to be missed like in game one. The world number seven pair led 4-1 at the start of the second game.

Pramudya/Jeremiah didn’t let Rankireddy/Shetty get the upper hand. The pair of Spanish Masters champions tied the game at 7-7.

Both pairs took turns winning points. Rankireddy/Shetty lead by one point in the second interval of play.

This victory also paid for the complete loss of Muhammad Shohibul Fikri/Bagas Maulana of Rankireddy/Shetty in the first round yesterday.

Apart from Pramudya/Yeremia, the other Indonesian men’s doubles still holding up at the Swiss Open are Leo Rolly Carnando/Daniel Marthin and Fajar Alfian/M Rian Ardianto.