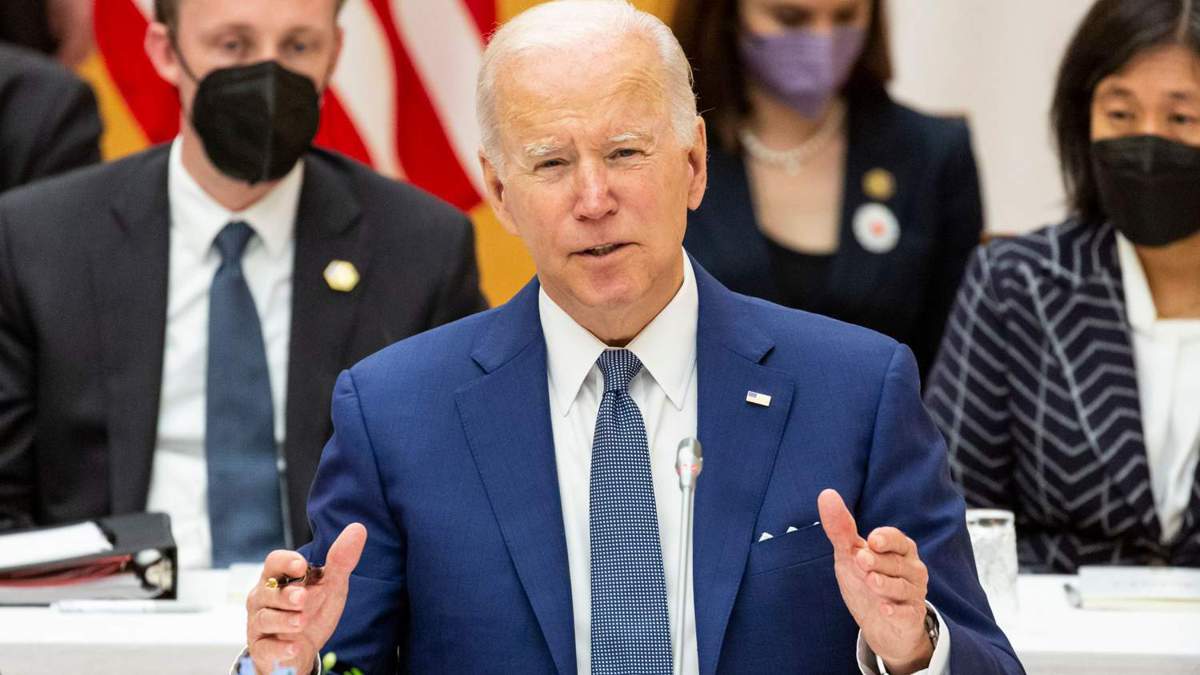 The US, Japan, Australia and India want to prevent such a conflict in Ukraine in the Indo-Pacific region.

“We firmly oppose all coercive, provocative or unilateral actions aimed at changing the status quo and increasing tensions in the region,” said a joint statement on Tuesday at the conclusion of a four-state summit in Tokyo. The backdrop is China’s growing struggle for power in the region. Ahead of the summit, US President Joe Biden had warned China of an attack on Taiwan with an unusually clear promise of military assistance.

Biden described Russia’s war of aggression in Ukraine as a global challenge. “This is more than just a European problem, it’s a global problem,” Biden said. “We are moving through a dark hour in our history together.”

Biden did not explicitly address India’s controversial stance on Russia in the public section of the Tokyo summit. He was neutral in the Ukraine war and did not support sanctions. However, the US and other western countries are trying to convince India to stay away from Russia. India has traditionally had good relations with Moscow and buys a lot of Russian weaponry. The statement at the end of the summit of the four heads of state and government said only that they had discussed “each other’s answer” to the “conflict in Ukraine” and its consequences.

In addition to Biden and Indian Prime Minister Narendra Modi, the summit was co-hosted by Japanese Prime Minister Fumio Kishida and newly elected Australian Prime Minister Anthony Albanese. Together they defend a free and open Indo-Pacific. In Tokyo, for example, they launched a new initiative to improve maritime surveillance, which is also meant to combat illegal fishing in the region. According to the White House, the project will enable “faster, broader and more accurate” ocean surveillance in the near future.

The data will also be available to partner countries in Southeast Asia, the Indian Ocean and the Pacific Islands to ensure a “free and open Indo-Pacific”. Ships that specifically turn off their positional transmissions to avoid snagging may also be better positioned with the system. China is often accused of tolerating or even encouraging illegal fishing in the territorial waters of other countries in the region.

Roughly speaking, the Indo-Pacific means the region from the Indian Ocean to the northern Pacific Ocean, which covers most of Asia and extends to the west coast of the United States. The first face-to-face Quad Summit took place in Washington last September. In addition, according to the White House, there are already two quad video switches. The next Quad Summit will be held in Australia next year.