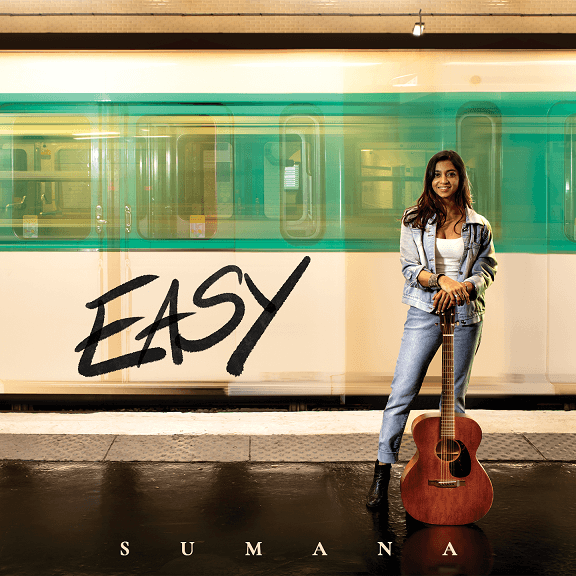 Sumana, a word meaning “pure spirit” in Sanskrit, is an Indian independent singer-songwriter based in Paris. The artist who grew up in Yemen and later in India has been on stage from a very young age. In 2009, Sumana was offered two scholarships for postgraduate studies at HEC, thanks to which she moved from India to Paris.

While she was destined for a career in the financial sector, a meeting in the Paris metro corridor had turned her life upside down: it was with singer Vanupié. Passing by the Châtelet station, Sumana remembers how impressed he was with her musical performance and this moment sparked her strong desire to reconnect with music. This defining moment inspired him to continue playing guitar, writing songs, and exploring music seriously and passionately.

In 2016, Sumana presented herself at the RATP audition to also perform in the Paris metro. Since his election to this day, he sings there regularly.

Gradually this singer, who is inspired by the spirit of initiative, is realizing his dream of becoming an independent artist by holding many concerts and learning while working. His passion, faith, courage and success allowed him to leave his job in the corporate sector to become an intermittent performer and pursue his artistic path.

Accompanied by his guitar, this French-Indian soul sings in English, French and Hindi, and takes his audience on an intimate journey inspired by key moments in his life – from his home country to settling on another continent, leaving behind relaxing work. to pursue her dreams… Navigating the solar pop-folk roster, her voice, strong and soothing, resonates and captivates her audience living positive and sweet moments in her company. .

Easy is the first album by singer-songwriter Sumana, released on 10 June 2022. Navigating the solar pop-folk roster, each of the six songs on this mini-album was written during important transitions in the life of this young independent artist – from India to France, from CDI in the “corporate” world to musical uncertainty, from the La Défense district to the Paris metro corridors… Clip from the first single, Easy, (released 27 May 2022) was filmed in the mountains of South India and evokes the spirit of this EP – a free and changing life, who follows his heart and in doing so, finds the joys of life. Through this song, Sumana invites us to listen to the signs of life, let go, enjoy the moment and enjoy the little wonders of everyday life. This EP is a collection of intimate and upbeat works, self-produced by the artist, directed by Valentin Montu and distributed by Inouïe Distribution.