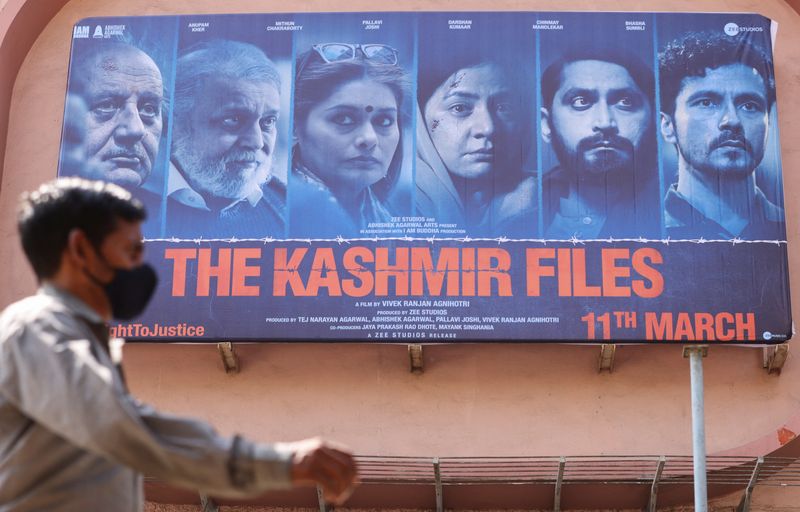 “The Kashmir Files” has been praised by Indian Prime Minister Narendra Modi and his right-wing Hindu nationalist supporters, and proved a box office success, but critics say it is loose with facts and fueled anti-Muslim sentiment.

“The film’s classification will be rejected due to its provocative and one-sided depiction of Muslims and its depiction of Hindus being persecuted in the current conflict in Kashmir,” the Singapore government said in a statement Monday in response to media inquiries.

“These depictions have the potential to provoke hostility between different communities, and disrupt social cohesion and religious harmony in our multiracial and multireligious society,” the statement added.

Singapore’s population of 5.5 million is made up mostly of Chinese, Malays and Indians. This Southeast Asian city-state has strict laws that punish any attempt to disrupt racial and religious harmony.

Hundreds of thousands of people, many of them Hindus, fled Kashmir after a violent uprising against Indian rule began in 1989.

Supporters of the 170-minute Hindi film say it highlights an often overlooked chapter in Kashmir’s history, while others see it as evidence of the growing religious polarization that Modi’s critics say has been encouraged since coming to power in 2014.