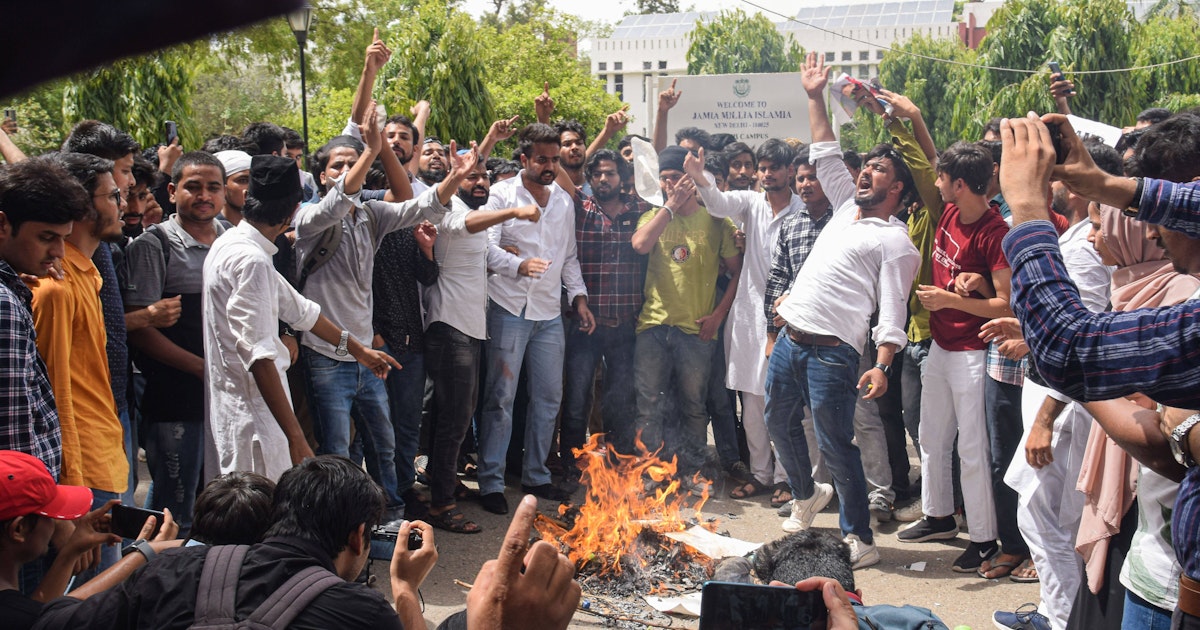 Two people were shot dead by police during a protest against controversial statements by a spokesman for India’s ruling party about the Prophet Muhammad. Crowds in the eastern Indian city of Ranchi threw bottles and stones at Friday’s demonstration in defiance of police orders, a police spokesman told AFP on Saturday. Police were then “forced” to open fire.

Nupur Sharma, spokesman for Indian Prime Minister Narendra Modi’s Hindu nationalist BJP party, spoke in a televised debate about the relationship between the Prophet Muhammad and his youngest wife. His remarks were considered an insult by many Muslims in India’s neighboring countries. The scandal has strained India for days and has spread widely. Nearly 20 countries summoned India’s diplomatic representatives after the statement.

The BJP is trying to limit the damage and has since removed a spokesman from the party. The Modi government and the BJP have repeatedly been accused of carrying out discriminatory policies against Muslims.

Protest: Many Muslims take to the streets in India

Dozens of Muslims across India took to the streets after Friday prayers in protest at statements made about the Prophet Muhammad. Some demonstrators burned photos of the woman. According to police, dozens of people were arrested during protests in the northern Indian state of Uttar Pradesh.

According to police estimates, more than 100,000 people also took to the streets in Bangladesh on Friday. About 5,000 people took part in a rally organized by a radical religious party in the Pakistani city of Lahore.