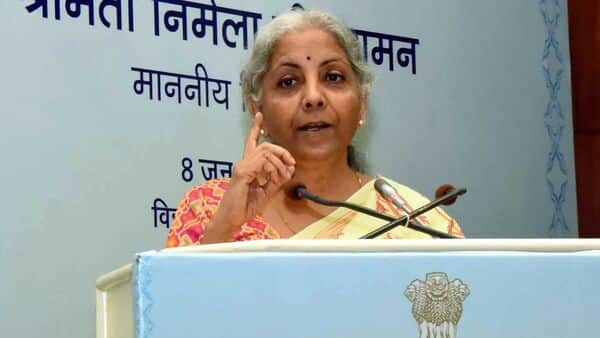 Data provided by RBI showed that India’s total foreign exchange reserves were US$601.057 billion for the week ended June 3, down US$306 million from US$601.363 billion the previous week. (read here)

Foreign portfolio investors (FPI) selling remained persistent as volatile markets dampened sentiment on a macro backdrop. FPIs have been withdrawing their money since the beginning of this year. (read here)

The largest private bank, HDFC Bank, will hold its 28th annual general meeting on July 16 via video conference. Shareholders are expected to consider the dividend and the appointment of auditors. (read here)

Nithin Kamath, the founder and CEO of Bengaluru-based digital trading company Zerodha believes that crypto investors have been lucky due to TDS and the announced taxation of cryptocurrencies. (read here)

The divestment plan aims to increase efficiency and investments: FM

Finance Minister Nirmala Sitharaman said the government’s divestment strategy aims to increase production and efficiency in state-owned enterprises, and to attract investment to the companies rather than shut them down. Continue reading

Incorporated entities such as firms will soon be allowed to run bankrupt companies instead of individual administrators hired by lenders, a person familiar with the development said. The proposal will be released for public comment by the Insolvency and Bankruptcy Board of India (IBBI) in two weeks. Continue reading

The results were announced Friday night in Karnataka and Rajasthan but were delayed in Maharashtra and Haryana amid intense wrangling by rival parties over alleged voting rule violations. Read more

The union government on Friday issued new guidelines to curb misleading advertising, particularly those aimed at children, with a warning that breaching the guidelines could carry a penalty of up to €50 lakh on manufacturers, advertisers and endorsers by the Central Consumer Protection Authority (CCPA). Continue reading

* Thank you for subscribing to our newsletter.