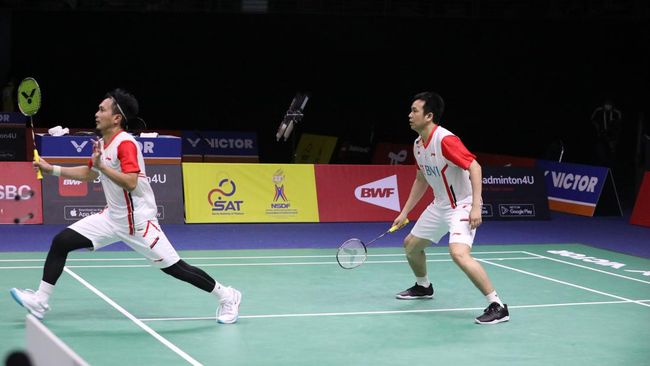 A total of four countries, namely Indonesia, South Korea, India and Taiwan, have confirmed that they have entered the quarter-finals of the Thomas Cup after playing the second match of the group stage. Monday (9/5) to Tuesday (10/5) WIB early morning.

The Thomas Indonesia team managed to lead the Group A standings after securing two wins out of the two matches played.

Hendra Setiawan and her friends managed to defeat Singapore on Sunday (8/5) and beat Thailand on Tuesday (10/5) in the early morning WIB.

Meanwhile, South Korea, who sit second in Group A with two points from two matches, also secured their qualification for the quarter-finals of the Thomas Cup.

South Korea managed to get their first victory over Thailand on Sunday (8/5), then won over Singapore on Tuesday (10/5) in the early morning WIB.

Indonesia and South Korea will then face off in the final match of Group A as well as the match to determine the group winner on Wednesday (11/5).

Apart from Indonesia and South Korea, there are two other countries namely India and Taiwan which have also secured their place in the quarter-finals of the Thomas Cup.

The certainty was achieved after India’s victory over Canada in the second match of Group C on Monday (9/5). Meanwhile, Taiwan qualified for the quarter-finals after beating Germany.

The two countries qualified for the quarter-finals after occupying the first two places in Group C with a score of two points from the two matches played.

List of the 4 countries qualified for the quarter-finals of the Thomas Cup 2022: