Lineup of Indonesia vs India in the Thomas Cup Final 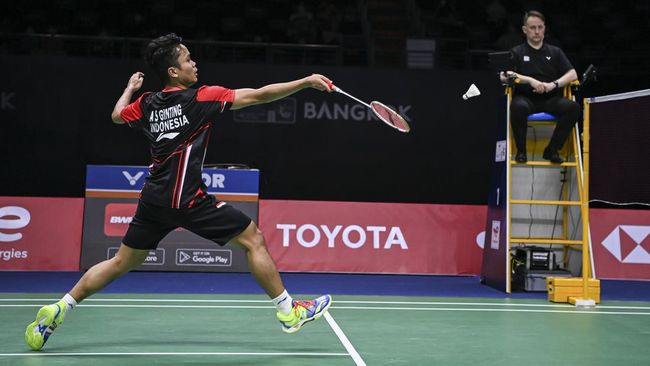 Indonesia fielded the best force against India in the game 2022 Thomas Cup Final at Impact Arena, Thailand on Sunday (5/15) afternoon. Here is the composition Indonesia versus India in the Thomas Cup final.

As in the previous five matches, Anthony Sinisuka Ginting was assigned to the first single. Ginting will face Lakshya Sen.

Mohammad Ahsan/Kevin Sanjaya Sukamuljo have been named the first Indonesian doubles. The combination pair created by trainer Herry Iman Pierngadi will appear for the fourth time.

The duo, nicknamed KeBab aka Kevin and Babah, lost to Rankireddy/Shetty in their only meeting five years ago.

In the third part, Jonathan Christie will face Srikanth Kidambi. The two athletes have met nine times and Jojo has won five of his matches.

If the match is to be decided in the fifth game, then Shesar Hiren Rhustavito will appear to serve Prannoy HS. Vito recorded two defeats in a record encounter against Prannoy.

Indonesia’s line-up against India in the Thomas Cup final: