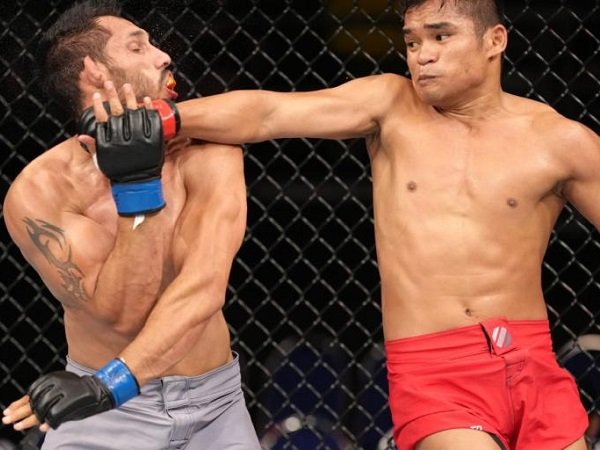 UFC News: Jeka Saragih’s knockout victory over Indian fighter Pawaan Maan in the first round of the ROAD TO UFC event broke the MMA broadcast record at MOLA, with over one million viewers. The fight, which took place on June 9, 2022, was broadcast live from the Singapore Indoor Stadium and can be accessed for free via the MOLA platform in Episode 2 ROAD TO UFC.

Mirwan Suwarso, as Mola’s representative, said Jeka Saragih’s match against Pawaan Maan was proof that mixed martial arts has a special place and many fans in the country.

“I would like to congratulate Jeka Saragih on his victory and thank you for bringing the flavor of Indonesia’s name to the international MMA event. For the first time, the number of spectators for this sports match exceeded one million viewers. This number is usually only found on football sports broadcasts at MOLA,” he explained.

Admittedly, the lightweight match between the two fighters was indeed quite thrilling. In the first round, Jeka played aggressively throwing hard kicks to Pawaan’s lower body and various hand attacks.

Although he managed to escape, the Indian fighter was helpless as Jeka locked Pawaan’s body with his knee. Jeka had time to give a direct ground attack in round two, which Pawaan responded with an elbow to the back of Jeka’s head.

This caused referee Steve Perceval to stop the match and Pawaan received a deduction for his actions. Despite being dubbed ‘The Kick of Death’, Jeka Saragih managed to knock down Pawaan Maan thanks to a backward fist that was thrown by the fighter from Simalungun, North Sumatra.

Pawaan Maan had to admit Jeka Saragih’s TKO victory over him at 2.24 minutes in the third round. Interviewed by the UFC after the match ended, Jeka Saragih was very happy that he was able to execute his spin back technique well and thanked God for giving him the victory.

“This win should not make me complacent. After this, I will train harder to earn the UFC contract. Through practice, coaches can direct me to strategies that lead to victory. I want to show that the Onepride fighters from the national event can win the UFC contract and make Indonesia proud,” he said.