Indonesia vs India schedule at BATC 2022 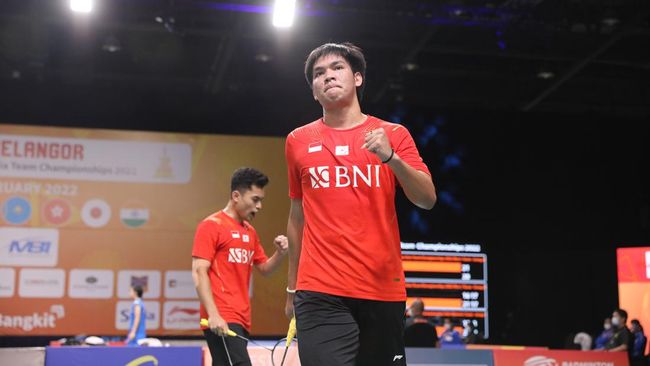 The Indonesian men’s team will finish the game in the group stage Badminton Asian Team Championship (CBAT) 2022 as they take on India at the Setia City Convention Center, Selangor, Malaysia on Friday (2/18).

With these two wins, Indonesia are now top of the Group A standings. However, Indonesia still need points to secure a place in the semi-finals.

Indonesia, India and Korea still have a chance to qualify for the latest ticket competition. In addition to the duel to determine Indonesia against India, Korea will also play against the only team that has no chance of qualifying, Hong Kong.

Garuda’s team will likely come back to display the best line-up against India. Chico, Ikhsan Rumbay, Christian Adinata have a chance to come down in the only sector against India.

If they qualify for the semi-finals, the men’s team will follow the women’s team who had already confirmed their ticket after winning 3-2 against South Korea in the match which took place yesterday.

The Indonesian women’s team emerged victorious from group Z, ahead of South Korea, and will meet the runners-up from group Y in the semi-finals.

Indonesia vs India schedule at BATC 2022: