Indonesia is effective in the Olympics, few athletes with medals 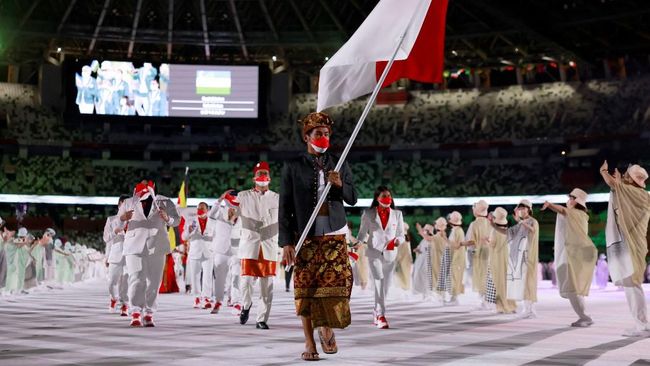 Indonesia become one of the most efficient countries Tokyo Olympics 2020. With a small number of athletes, namely 28 athletes, Indonesia was able to win many medals.

Indonesia finished the Tokyo 2020 Olympics with 1 gold, 1 silver and three bronze. At 13:00 WIB, Wednesday (4/8), Indonesia is still in 39th position in the medal standings along with Austria and Serbia.

Indonesia only sent 28 athletes to Tokyo and Austria had 60 athletes competing in the 2020 Olympics. Meanwhile, Serbia sent 86 athletes, including world number one Novak Djokovic.

According to the official website of the Olympics, Indonesia is one of the most effective countries in the Tokyo Olympics. So far, Indonesia have only lost to Kosovo and Qatar.

Kosovo (11 athletes) and Qatar (16 athletes) had fewer athletes than Indonesia at the 2020 Tokyo Olympics, but managed to win more gold medals. At 13:00 WIB, Kosovo and Qatar are in 30th position with 2 gold medals.

Indonesia is far more effective than many countries, which are currently under the red and white team in the Tokyo Olympics rankings, despite sending dozens to hundreds of athletes.

There are still many countries that send hundreds of athletes but Tokyo’s Olympic medal ranking is lower than Indonesia, such as Turkey (108 athletes), Republic of Ireland (116 athletes) and Egypt ( 133 athletes).