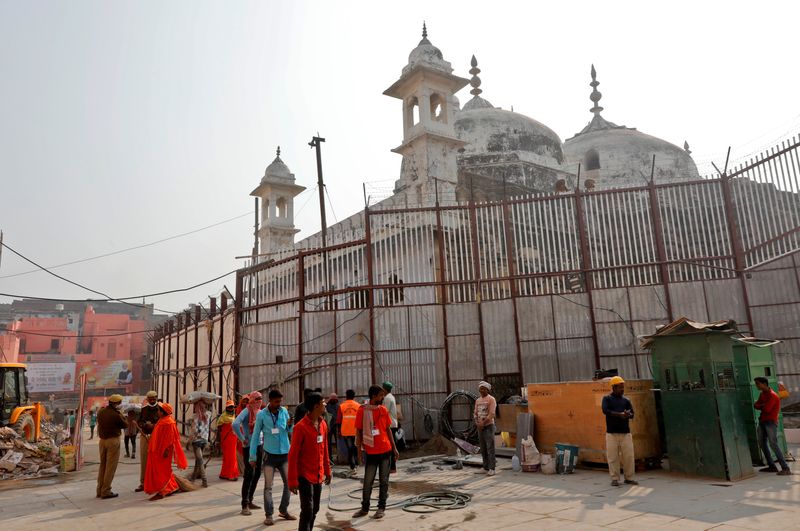 In an interim order, the Supreme Court said that Muslims’ right to pray should not be disturbed and, at the same time, areas where Hindu religious relics were found should be protected.

The disagreement over the right to worship at the mosque follows a decades-long campaign by Hindu activists to show that the main buildings built by Muslims in India are in older shrines. The previous dispute, 30 years ago, led to deadly riots.

The Supreme Court’s decision came a day after a local court in Varanasi – Hindu’s holiest city and site of the historic Gyanvapi Mosque – ruled that Islamic gatherings should not exceed 20 people.

A local court has ordered an inspection of the mosque after five women requested permission to perform Hindu rituals in the section, claiming that a Hindu temple once stood on the site.

The Gyanvapi Mosque, located in Prime Minister Narendra Modi’s constituency, is one of many mosques in northern Uttar Pradesh that some Hindus say were built on top of demolished Hindu temples.

Supreme Court judges will continue to hear Hindu and Muslim petitioners this week.

The leader of India’s 200 million Muslims views the investigation into the mosque as an attempt to undermine their right to worship freely and of expression, with the tacit approval of the BJP.

The BJP denies any bias against minorities, including Muslims, and says it wants progressive change that benefits all Indians.

In 2019, the Supreme Court allowed Hindus to build a temple on the site of the disputed 16th-century Babri Mosque, which was demolished in 1992 by Hindu mobs who believed it had been built by a Hindu God.