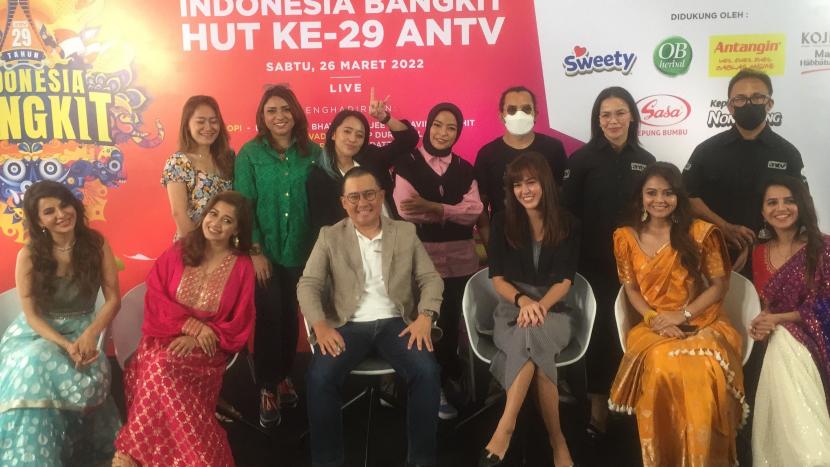 The Indian star will sing a Javanese song on the AnTV show.

The four Indian stars will compete with the casting Forced to marry a young master in a musical on the eve of ANTV’s 29th anniversary climax.

“We are going to do a special show. I can’t explain in detail, it will be a surprise. It will be a fun event. There will be a lot of happiness, a lot of surprises, we will dance, play, sing. Thank you ANTV for us invited,” Devoleena Bhattacharjee said during a press conference at Ecopark Ancol, North Jakarta on Thursday, March 24, 2022.

“Thank you for inviting me to this fun event. What we are going to show cannot be explained, so we have to watch it. I will sing in Javanese for the first time. It will not be explained, it’s a secret “said Roop Durgapal.

Besides, there were also performances from well-known dangdut singers such as Inul Daratista, Ayu Ting Ting, Dewi Perssik and Lesti Kejora along with other dangdut stars such as Denny Caknan, Happy Asmara, Ndarboy Genk, Wika Salim and Vita Alvia.

Warning:
This news is a collaboration between Republika.co.id and viva.co.id. Matters related to the writing, photos, graphics, videos and overall news content are the responsibility of viva.co.id.