India – “When you are old you will die” – Health 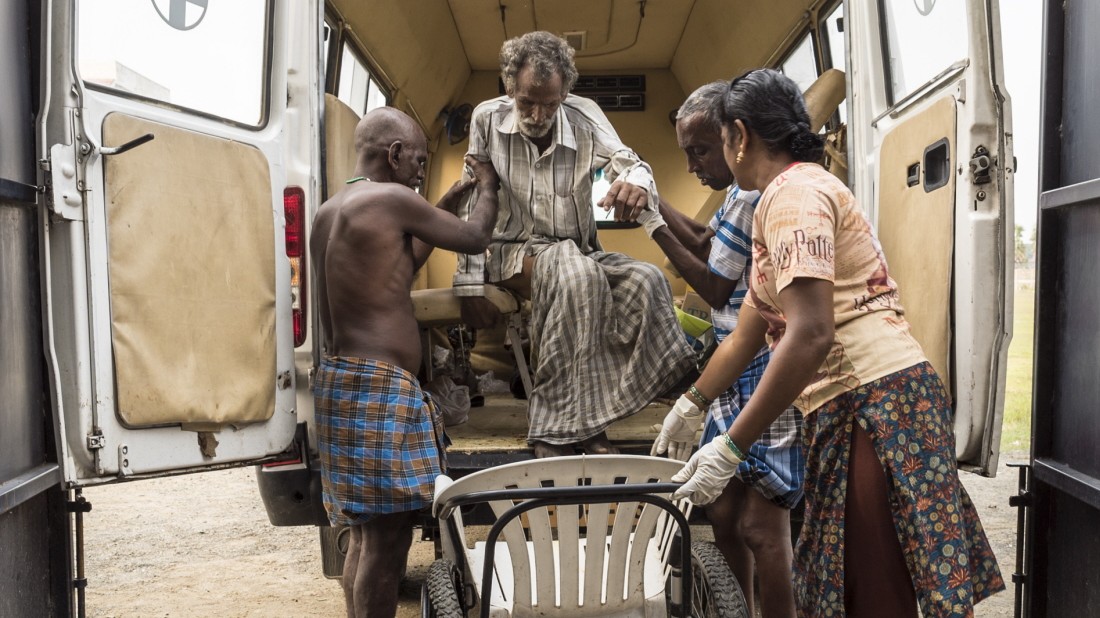 Eight old women sit on plastic chairs on the terrace of Abhaya Sadan. Their colorful saris shine in the afternoon sun. It’s almost 3 p.m. They will soon have a cup of tea, with plenty of milk. Later, they will dine together around a small wooden table. Maybe they’ll walk around the house before that.

Abhaya Sadan, the fearless house, is a peaceful place. It’s just outside of Coimbatore in southern India in the state of Tamil Nadu. The eight women who live here, mostly undocumented, were lucky in their misfortune. No one wanted her anymore. A daughter-in-law broke her wrist in an argument, her own son didn’t care. Another lived alone in misery after the death of her husband, the three children wanted nothing more to do with her. Another lived with her grandson. When she fell ill, there was not enough money to help her. One says her husband looked for a new wife years ago and took his only son with him. Since then, she has lived alone. In poverty. left behind. The eight women had become a burden to their family in one way or another. And those who become a burden, who no longer function and can no longer work, are on their own.

“When you’re old you should die, that’s the common way of thinking for many Indians,” says TK Nathan, who chairs the Karl Kübel Foundation for Children and Families (KKF) in Coimbatore as director executive. Together with a local aid organization, the KKF ensures that the retirement home, founded in 2016, can exist for these eight women. There are hardly any social security mechanisms in the form of pension or health insurance in India. “Only 1.6% of all elderly people receive a pension,” says Mathew Cherian of Help Age India, the subcontinent’s largest non-governmental organization that looks after the needs of the elderly. And what they are paid is just enough to survive: five US dollars a month.

Measured against the number of people who are also aging in India, the 1.6% is a drop in the ocean: 120 million Indians have now reached the age of 60 and over. According to the All India Institute of Medical Sciences (AIIMS), by 2050 there will be 320 million people. According to AB Dey, head of the geriatrics department at AIIMS, a fifth of the total population will then be seniors. Even today, 66% of all men and 28% of all women in rural areas have to work until old age to survive. In the cities, it is still 46% men and 11% women, according to an Indian government report on the condition of the elderly.

Many older people are abused at home, like Abhaya Sadan’s eight wives. Whether it was words or blows, Help Age India found out through surveys. “Ten percent of older people are depressed,” says Cherian. Retirement homes like the Abhaya Sadan are rare. Only 214,000 people are currently housed in houses. As most of them depend on donations and have only limited financial resources, the possibilities in the homes are limited. Hospices for dying old people are rare, says Father Thomas.

Father Thomas is a charismatic little man. He barely needs sleep, he says. If he slept more, he would have less time for all the forgotten lying on dark street corners, in the dusty corners of train stations or in front of the toilets of major hospitals. “Because over there, says the pastor, they push there especially the employees of the hospitals. The sick, the old are sorted out in a country like India. No one wants it anymore, says the priest. Hinduism.”