In India, more than 70,000 workers at the Maharashtra State Road Transport Corporation (MSRTC) have been on strike for five months. A Bombay High Court ruling now puts the strike in grave danger. It could be canceled without the employees being able to assert their main demands.

The court ruling gives bus company MSRTC the legal ability to fire any worker who continues the strike beyond April 21. The MSRTC is owned by the state government of Maharashtra.

In response to the Supreme Court’s latest anti-strike ruling, Maharashtra Transport Minister Anil Parab did not mince words. “The assumption is,” he explained arrogantly, “that employees who do their jobs [bis zum 22. April] have not resumed, do not need work.

The Supreme Court justices tried to pressure the workers through their pleadings. “Resume your service,” they demanded. “Don’t jeopardize your livelihood like that.”

The judges told the bus drivers, whose strike is primarily aimed at getting the government to take over the bus company, that the workers also have “other options” to campaign for their demands. Presumably, the judges meant that workers should devote their energies to fruitless lobbying of establishment capitalist parties. All of these parties have long made it known that they categorically oppose the struggle of the MSRTC workers.

The workers demand that the national for-profit company MSRTC be integrated into the administration of the state so that they receive the same wages, benefits and job security guarantees as other state employees. With this demand, they oppose the plans of the MSRTC leadership and the Maharashtra government to privatize the intercity bus service, which is a much-needed means of transport for millions of workers, especially in rural areas.

With the court’s decision to set a deadline for ending the strike on April 22, the final court hearing ended after three days. So far, the workers have won their strike despite brutal management retaliation, government threats and repeated court rulings declaring it illegal.

Workers need their own committees, independent of corrupt unions, to defend life, health and jobs.

The Supreme Court hearing was a farce. It all started with the official court acknowledgment of the government’s refusal to incorporate. In fact, it was never questioned. The government of Maharashtra is a coalition led by the fascist Shiv Sena, which also includes the Congress Party and the Maharashtra-based National Congress Party. Since the beginning of the industrial action, this coalition has repeatedly declared that occupying a post in the administration of the State was “priceless” and out of the question. Now the same court is “investigating” the integration claims of workers who first declared their strike illegal last November.

Last week’s Supreme Court hearing also focused on a lawsuit filed by the MSRTC against workers for contempt of court for initiating and continuing the strike despite several court rulings that had declared it illegal.

MRSTC workers have shown tremendous militancy and determination. The vast majority of the more than 90,000 workers who went on strike on November 4th are sticking with their strike despite not receiving any strike pay. More than 2,200 workers have been fired, another 11,000 have been suspended, and the government is threatening mass arrests, backed by several court-imposed strike bans.

If the strike is today in serious danger, it is above all because of the sabotage of the trade unions and the Stalinist parliamentary parties, the Communist Party of India (Marxist) or CPM and the Communist Party of India (CPI). The more than two dozen unions that claim to represent MSRTC workers opposed the strike from the start. The central trade union federations, including the CPM-affiliated CITU and the CPI-backed AITUC, have systematically isolated the militant struggle of the MSRTC workers, abandoning them in the face of state repression and backing the government’s campaign. enterprise to crush the overpowered strikers.

A two-day national general strike broke out in India the last week of March. He opposed Prime Minister Narendra Modi’s decision to privatize a large number of public sector companies. But the unions made no mention of the courageous struggle of Maharashtra’s bus workers, let alone the mobilization of the Indian working class in support.

Because of the betrayals of the union and the Stalinist parties, sections of the MSRTC workers, in their desperation, mistrusted the feigned sympathy of the Supreme Court. For them, the latest court order threatening them with dismissal if they do not return to work by April 22 was a blow. They are now being asked to stop their fight for the incorporation of the MSRTC into the administration of the state government.

Throughout the argument, the court was aware of the danger that the MSRTC workers’ struggle could become a catalyst for a broader labor movement. This at a time when mass anger against the ruling class is growing, both for its disastrous response to the coronavirus pandemic and for mass unemployment and hunger.

The Supreme Court justices acted as if they cared about the plight of workers and pretended to extract false promises from the MSRTC leadership and the government. More recently, they clearly turned against the employees, drastically increased the pressure on them and threatened massive layoffs,

On Wednesday, the court set April 15 (a Friday) as the date for the return to work. At the end of the hearing, it extended this period by one week.

On the grounds that “in a fight between a lion and a lamb, the lamb must be protected,” the court ordered MSRTC management to commit to allowing dismissed and suspended workers to return to work. Meanwhile, the state government has pledged to support the MSRTC with public funds over the next four years and to ensure that salaries are paid on time. Due to the pandemic and years of government neglect, MSRTC’s finances are in dire straits.

Workers must not believe the promises and statements made by the MSRTC leadership, the government and the Supreme Court. The company said it would not take any disciplinary action against the strikers. At the same time, however, he insists that the numerous criminal cases he has brought against the most militant workers continue. This gives management a tool to harass and possibly fire these workers.

Even less credible are promises that the government will provide financial support to the MSRTC. No figures were provided on the extent of this four-year support. Moreover, neither the MSRTC leadership nor the government have committed to abandon plans to privatize bus lines and terminals. During the strike, the MSRTC continued to plan with global management consultancy KPMG to outsource the bus lines and turn its assets into profitable operations.

The working class across India and around the world must defend Indian bus drivers! To this end, David O’Sullivan, a British bus driver, has a WSWS-Video released in support of the strike on behalf of the London Bus Rank-and-File Committee.

For their part, the MSRTC workers must draw the necessary conclusions from the sabotage of the strike by the pro-business unions. In order to coordinate and carry out their struggle, they must set up new organizations of struggle in each depot and each terminal station, completely independent and directed against the trade unions and the capitalist politicians – united in an action committee MSRTC.

The first task of such a committee will be to break the isolation of the strike imposed by the unions by issuing an urgent appeal to workers all over India for a united struggle against privatization and for the defense of the public service. There is no doubt that such a call will garner massive support from miners, bankers, dockworkers, electricity workers and millions of other workers, themselves opposed to the Modi government’s privatization program and the state governments led by opposition parties, including those in Maharashtra.

MSRTC strikers who wish to set up such an action committee can rest assured that the World Socialist Website and the International Workers Alliance of Rank-and-File Committees gives them full support and assistance.

Millions of workers and employees are forced to go to factories and offices every day to continue making profits. The unions and their works councils support them in this process. Workers must act themselves and take responsibility for the protection of their health and their lives. 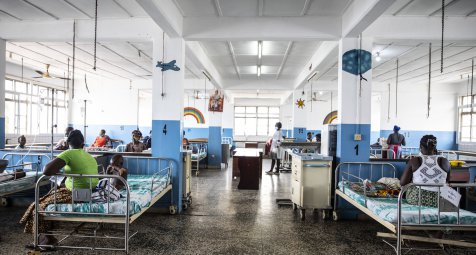