In India, Narendra Modi makes waves while diving in the sacred waters of the Ganges River 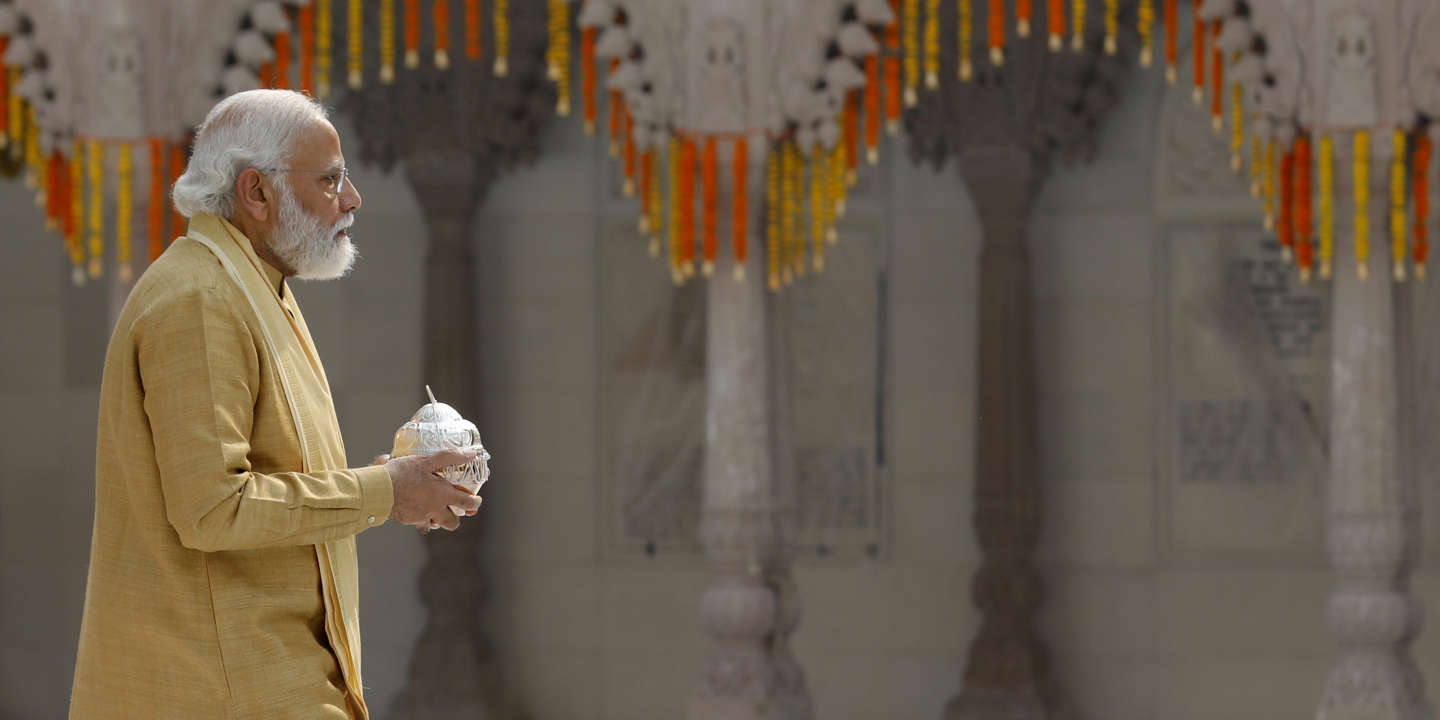 The ceremony lasted for hours. Broadcast live by all Indian TV channels. Narendra Modi, accompanied by ministers and members of the ruling Indian People’s Party (BJP), inaugurated Monday, December 13 in Varanasi, the former Benares, a corridor that allows pilgrims to reach the Kashi Vishwanath temple in the Ganges. Over time, that connection was hampered by anarchic constructs. This is the first phase of a project that covers an area of ​​5,000 hectares and to restore the lost glory of the holy city – it attracts 7 million pilgrims per year – through 24 buildings and 27 temples.

The Prime Minister first performs prayers in a temple, sprinkling flower petals on the workers, before descending into the Ganges and immersing himself completely in the river, all wearing saffron, a color strongly associated with ‘Hinduism. He recited a spell over a rosary, gathering water from the sacred river to bring it to Kashi shrine, one of the oldest temples. independent Hindu, dedicated to Shiva, the god of destruction, in which he performs a new prayer, his forehead is completely crossed out with a Hindu mark, gold in color, like his clothes. He had changed four times in a day – the man was very careful about his appearance.

To account for the state’s debauchery of resources, observers have clearly noted that Varanasi is part of Narendra Modi’s electoral district and will be subject, like all of Uttar Pradesh, to a decisive regional vote in a few weeks. But Varanasi was not the first gigantic religious ceremony held by the ruler. Modi has been involved in the impressive ritual of laying the foundation stone for the Ram Temple in Ayodhya, one of the most controversial projects in history, replacing a mosque. We saw him lying on the ground, praying. Ahead of the 2019 election, he meditated in a cave in the Himalayas, wrapped in a saffron blanket, under a camera lens. Indian strongmen continue to entwine politics and religion.

“Until Mr Modi’s arrival, no Indian Prime Minister had ever turned an act of prayer into such a big television spectacle. And even the BJP, the Hindu party [hindutva]less zealous in its efforts to combine religion and politics than it was under the Modi era.” notes Vir Sanghvi, a journalist, in an op-ed published by NDTV, before pointing out that the opposition itself was drawn into this escalation of religious demonstrations by “fear of being called anti-Hindu”.

You have 51.38% of this article left to read. The following is for customers only.