In India, birds fall exhausted and dehydrated from the extreme heat 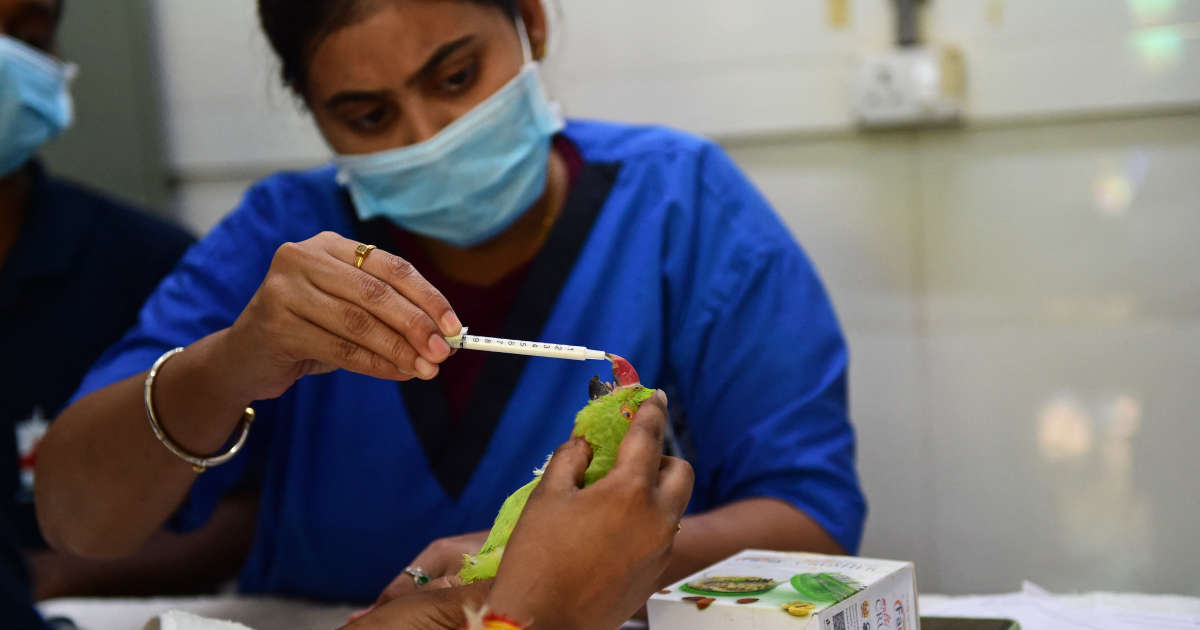 A heat wave sweeps across the planet causing additional casualties. In India, in the state of Gujarat, dozens of birds and bats fall every day, exhausted and dehydrated, vets and rescuers report to Reuters news agency. At the veterinary hospital in Ahmedabad, doctors say the situation has persisted for several weeks: nearly 2,000 birds have been treated by them.

“We receive at least 50 to 60 dehydrated birds every day”, explained to AFP Gira Shah, head of the veterinary hospital. The figure is an increase of 10% according to Manoj Bhavsar, one of the rescuers. “This year was one of the worst in recent times,” he complained to Reuters.

Veterinarians are forced to inject ultra-vitamin tablets and water into their mouths using a syringe to save them. Some also suffered broken wings after falling from trees. About one in four birds do not survive.

“The temperature is close to the physiological limit”

For the hospital’s curator, Sherwin Everett, this spring’s heatwave was one of the worst she had ever seen in a bird.

By choosing a subscription to this promotion, you accept the deposit of analytics cookies by Google.

In recent weeks, India and Pakistan have faced extreme heat waves. Temperatures hovered around 50 degrees in mid-April in some parts of the country. Apart from animals, they have a direct impact on humans. In its latest report, the Intergovernmental Panel on Climate Change (IPCC) highlighted the intensification of heat waves and humidity-related thermal stress in South Asia due to climate change. “The temperature is close to the physiological limit”explained to “Obs”, a few days ago, Thibault Laconde, engineer specializing in climate risk.

If no human casualties regarding this heat peak have been communicated, this extreme heat wave has killed in previous years. In the spring of 2015, more than 2,500 people in India and 1,100 in Pakistan died.