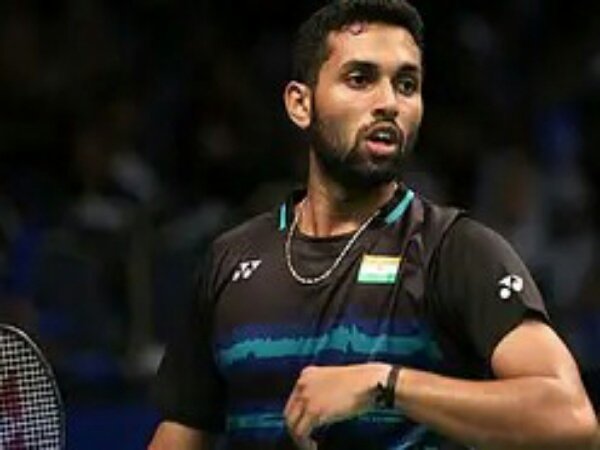 World No. 23 HS Prannoy couldn’t find his rhythm and lacked precision and control as he lost 16-21, 15-21 to two-time World Junior Championships bronze medalist Jun Peng. in a final four-way match that lasted 40 minutes.

It was their first meeting in an international tournament.

Playing in his second semi-final at the Indonesia Open, HS Prannoy, who turns 30 next month, fell behind early on as he couldn’t keep up with his opponent in the rally.

The Chinese southpaw put a lot of power into his smash and his shots also caught Prannoy off guard as he entered the first interval 6-11 after two unforced errors.

The Indian looked a bit nervous as his net game wasn’t very polished and he also lacked his trademark control on the shuttle. As a result, China maintained their five-point lead at 14-9.

Prannoy briefly tried to dictate the pace of the rally and cut the deficit to 14-16 with the help of some fine shots.

But the Indian lost momentum when another wide shot and long comeback saw Zhou extend it to 19-15 and continued to do so to close out the opener.

After the change of sides, Prannoy began to build on the rally better and opened up his turn to take a 6-4 lead early in the second game. However, the excitement was short-lived as the Indian missed several chances.

HS Prannoy failed to hit a shot that ended wide or at the net, and was unable to match his opponent in a flat rally. His weak pass was punished by Jun Peng, who quickly turned things around and entered the halfway interval with a four-point lead.

The Chinese appeared to be in full control after the break as Prannoy struggled with his control, sending the shuttle into the net on several occasions.

Jun Peng continued to climb 17-9 after the Indians lost their way until another wide return gave China eight match points. Prannoy saved all three before Jun Peng struck just under the line on his opponent’s back corner forehand to reach his first World Tour final.