History of badminton and rules of the game 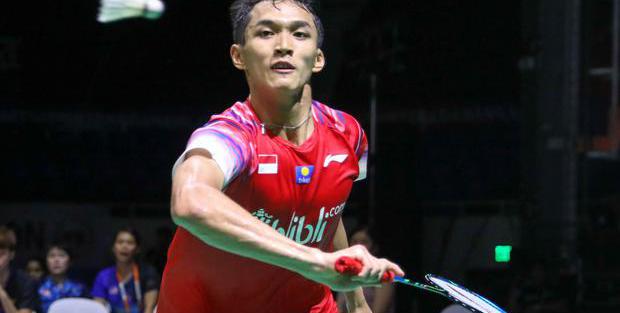 Badminton is one of the many sports in the world. This sport has long been popular and favored by the community. A number of treasured moments, from Susi Susanti’s victory at the 1992 Barcelona Olympics to the gift of the Greysia Polii/Apriyani Rahayu gold medal at the 2020 Tokyo Olympics, have also marked badminton history in Indonesia.

Badminton or badminton is a racket sport played by two people (for singles) or two pairs (for doubles) against each other.

Citing the “Shuttlecock/Kock Dancing Beautifully in the Air” module accessed through the page Learning Resources, Ministry of Education and Culture, this sport developed in ancient Egypt about 2000 years ago. However, badminton also started to be mentioned in India and China.

The game of badminton is believed to have originated from the Chinese game Jianzi, which involved the use of shuttlecocks. However, the game is played without a racket. The object of the game is to keep the shuttlecock from touching the ground for as long as possible without using your hands.

Meanwhile, in England, in the Middle Ages to be precise, many children started playing Battledores and ruffles. At that time, this game used paddles or sticks to prevent the shuttle from touching the ground. In the history of badminton, England brought this game to Japan, Japan, China and Thailand. Since then, this game has become popular among children.

Meanwhile, the competitive sport of badminton was created by British army officers in Pune, India in the 19th century. At that point they added the net and played it competitively. Later, soldiers brought the game back to England in the 1850s.

The sport got its current name in 1860 in a pamphlet titled “Badminton Battledore – a new gameby Issac Spratt, a British toy dealer.

The basic rules of the game of badminton were first written by the club badminton bath in 1877. Meanwhile, in 1893 the British badminton association was formed and in 1899 the first international championship was held.

Then in 1934 international badminton federation (IBF) was founded with members from England, Ireland, Wales, Scotland, Denmark, Canada, New Zealand, France and the Netherlands. Then, on IBF Extraordinary General Assembly in Madrid in 2006, the IBF changed its name to world badminton federation (BWF).

History of badminton in Indonesia

In 1934 Indonesia held a number of badminton championships on the island of Java, most of which were centered in the city of Bandung in West Java.

In addition, badminton shines more and more in the archipelago, even some of its athletes have managed to make the nation proud on the international scene, including Rudi Hartono, Liem Swie King, Tan Joe Hok, Christian Hadinata, Alan Budi Kusuma, Susi Suanti, and Taufik Hidayat.

Basic rules of the game of badminton

There are two types of badminton game categories that refer to the number of players, namely singles and doubles. Singles involves two players facing each other, while doubles involves four players (pairs).

Based on official rules badminton laws published by BWF, the standard size badminton court is 13.40 meters long and 6.10 meters wide. The pitch is divided in two by a net in the middle, so that the surface on each side is 6.70 meters long.

For the single sector, the width of the field to the right and to the left is reduced by 0.46 meters. Meanwhile, the front line of the single and double service courts is 1.98 meters from the net.

The other rules are: