Helicopter crashes in India, 13 people die including a military leader 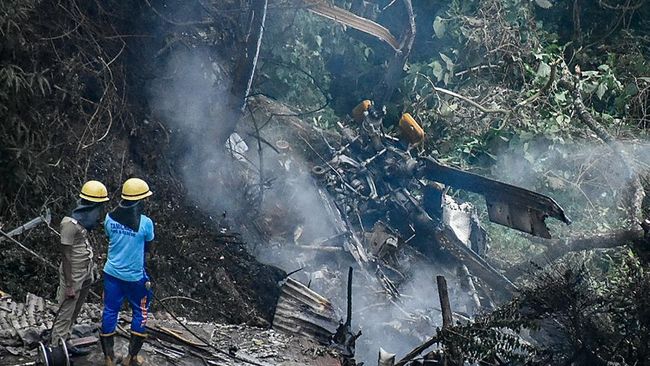 military leader IndiaBipin Rawat and 12 others died when the helicopter they were traveling in crashed near Tamil Nadu region today, Wednesday (8/12).

“It is with deep sadness that it is confirmed that General Bipin Rawat, Ms. Madhulika Rawat [istrinya]and 11 others died as a result of this incident,” the Indian Air Force said in a statement on Twitter.

They took off from Coimbatore Air Base for the Defense Services Staff College (DSSC). There, Rawat was supposed to deliver a speech to students and staff.

The helicopter had in fact almost reached its destination. However, the helicopter crashed about 10 kilometers from the nearest road to the landing site.

Another passenger who was a DSSC staff member, Varun Singh, survived and was injured. Currently, Singh is being treated at Wellington Military Hospital.

As a result of this accident, India lost Rawat who was the country’s first military leader. This position was only created by the Indian government in 2019.

Rawat himself is a person known to be close to Prime Minister Narendra Modi. He was born into a military family.

He joined the Indian Army in 1978. Rawat continued to serve four decades later. During this period, he held various positions, from commander in Kashmir to commander of troops on the Chinese border.