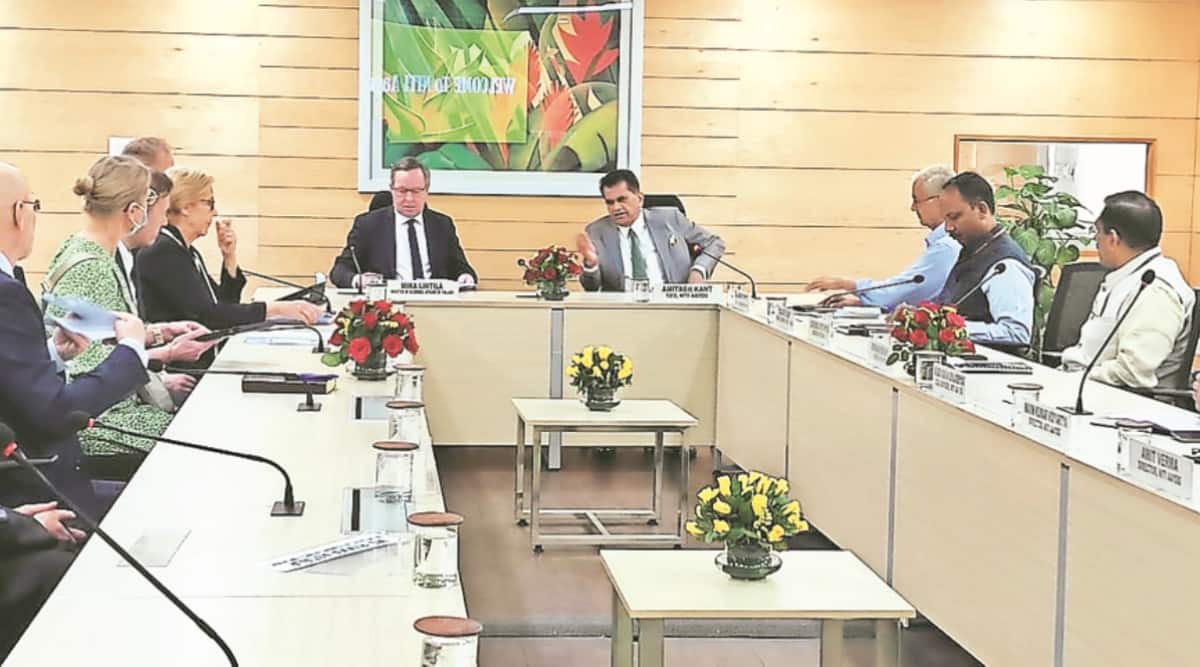 Senior officials from Niti Aayog met with a high-level delegation from Finland to discuss the Scandinavian nation’s green energy offerings and explore potential partnerships for India’s green transition and decarbonization efforts, including sharing resources such as technology and finance, such as The Indian Express has experienced.

At a meeting held on Tuesday, Mika Lintilä, Finland’s economy minister, is said to have discussed Finnish offerings in energy and related sectors, including grid balancing and grid stability, biofuels, green hydrogen, energy storage and waste-to-energy things, among others.

The meeting came a day after Lintilä’s meeting with Science and Technology Minister Jitendra Singh. “Finland has a lot of experience with the green energy transition. At the meeting, we discussed sharing technology, finance and Finland’s experience of reaching net zero by 2035, which has a long way to go,” said a senior NITI official, Aayog. At the 26th Conference of the Parties (COP26) last year, Prime Minister Narendra Modi committed India to a net-zero carbon emissions target by 2070.

The two countries were also discussing how their private companies could work together and what role the two governments could play in public procurement of technology from those companies, the official said.

On Monday, India and Finland announced the establishment of an Indo-Finnish quantum computing virtual network center and signed a formal memorandum of understanding.