Get to know Sunder Pichai, the poor Indian kid who runs Google 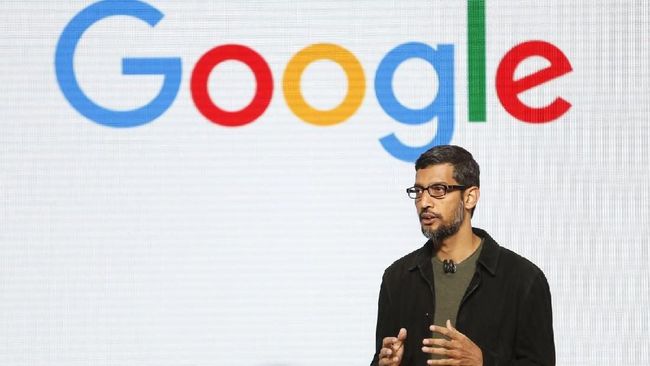 Sundar Pichai has been the head of Google for 15 years and since late 2019 he was also named CEO of Alphabet after two of the company’s founders Larry Page and Sergey Brin decided to leave the company.

Quoting the BBC, Monday (27/9/2021), Sundar Pichai’s story of becoming the number one person at Google’s parent company is indeed extraordinary. Sundar Pichai has become the first Indian to lead the world’s most influential technology company.

He was born and educated in Chennai, India. Sundar Pichai comes from a poor family. His family lives in a two-bedroom apartment where he has no space and sleeps on the living room floor with his friend. Even the family didn’t own a car or TV and didn’t have a phone until she was 12 years old.

It was his father, Regunatha Pichai, who sparked Sundar Pichai’s curiosity for technological developments. His father was an employee of the British conglomerate General Electric Company.

“I used to come home and talk to him a lot about my days at work and the challenges I was facing,” Regunatha Pichai told Bloomberg.

But Sundar Pichai is a smart kid. he managed to enter the Indian Institute of Technology, Kharagpur majoring in metallurgical engineering. One of his guardians remembers Sundar Pichai as one of the brightest children.

After graduating from IIT Kharagpur, Pichai was offered a scholarship to Stanford University. A plane ticket to America costs more than his father’s annual salary.

In 2004, he joined Google. After that, her career exploded like a rocket. He is responsible for overseeing various Google products. Products under his supervision include the Google web browser, Chrome, as well as the Android mobile operating system.