Fu Haifeng criticizes the mediocrity of men’s doubles in China 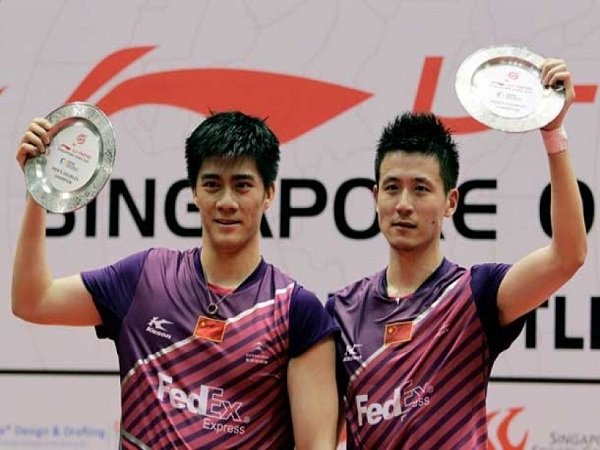 Among them, talking about the Chinese men’s doubles, he said the current players have no outstanding characteristics and are below average. He hopes that more players with the characteristics and methods of scoring goals can be developed. In addition, he also said that the Indian team winning the Thomas Cup is not something unpopular, but achieved the highest stage-by-stage podium since the tier was built.

“Speaking of men’s doubles, I saw Liu Yuchen say in a post on Weibo. He said: Every member of the Chinese team must have the determination to beat the opponent in order to have a chance to win the Cup. Thomas. The future is through their own efforts, instead of living in the history created by the predecessors, come to the Chinese team,” Fu Haifeng imitated.

“I was very moved, he said it very well. They were initially under too much pressure. In fact, the golden age that we created had nothing to do with them. They have to look to tomorrow and create their own glory. They must not inherit, but create their own era.

Fu Haifeng also admitted that currently, the Chinese men’s doubles has no role model in the national team.

“Today’s athletes don’t have great numbers, and they may be good at everything, but they’re too average. We need to develop more players with extraordinary characteristics and the means to score goals. It was a shame that Li Junhui was retiring. He has always been with Liu Yuchen and he has achieved good results. He could have used that pedal to run even higher. It’s hard to say when the men’s doubles national feathers will come out of adversity, but we’re sure they will come out of adversity,” he said.

Besides men’s doubles, the holder of two Olympic gold medals with different partners also commented on the development of men’s singles in China.

“The only son, Li Shifeng is still young and has the potential to become a top player. He may need a more mature style of play, but he has to beat the top players, like Axelsen, Momota Kento , Le ZIi JIa, etc., and play against them. It’s not easy to lose against them. As he ages, Li Shifeng may still suffer from injuries, but he needs to continue to develop,” he said. .

“Now the badminton situation in the world is getting more average. No team has the absolute power to be champions. The victory of the Indian team was actually not a importunate victory. Since they won the English Championship in 2001, their elite team has actually started to build. Promoting the Indian Open and hosting the Thomas and Uber Cups are leading the way.”

“In this team competition, their teams are average and strong players, and none of them are particularly weak. Teams like that are the hardest to deal with. They haven’t reached the skies of a only step, but have achieved it step by step. As for the Chinese team itself, we must crush the opponent and not always focus on past results,” Fu Haifeng concluded.