Facing the European Parliament, Emmanuel Macron paves the way for revision of the EU treaty 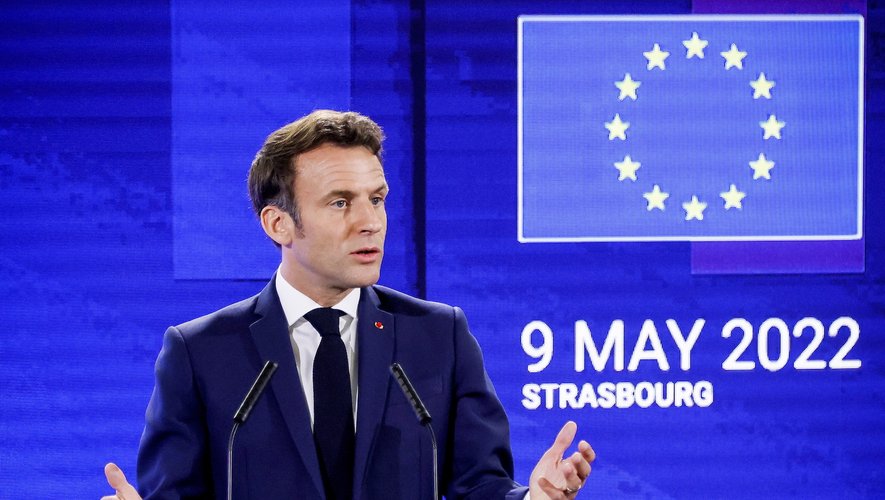 The President of the Republic – and President of the Council of Europe until June 30 – said he supported the revision of the European treaty, this Monday, May 9, in Strasbourg, during Europe Day.

Republican President Emmanuel Macron took to the floor this Monday, 9 May from the European Parliament, in Strasbourg, for a speech on the European Union. Amid the war in Ukraine, and while France’s head of state remains in the post of European Council President until June 30, Emmanuel Macron pleaded for Europe to be “open without dependence”.

What to remember from Emmanuel Macron’s speech

Towards a revision of the European treaty?

Above all, he approved the European Parliament’s proposal to revise the Treaty. “We need to have an idea of ​​where we want to go. In the coming weeks, we must define the preconditions for this constitutional reform, boldly.” The current president of the European Council has mentioned the possibility of modifying the electoral rules, ways of controlling institutions and the system of government of the European Union.

“Ukraine, through its struggles, has become a core member of our Europe, our family,” notes Emmanuel Marco, calling for the evolution of the accession process “which sometimes takes ten years. Faced with this new political context, we have a historical task to reflect on the organization of our continent” .

Without invoking the integration of Ukraine’s “express”, Emmanuel Macron hinted that a “European confederation” could be a solution for managing European space outside the EU. The “European political community”, is understood as an intermediary layer parallel to the accession procedure to the EU.

Not surprisingly, he also returned to the situation in Ukraine, while Russia’s Vladimir Putin celebrated his victory over Nazism on May 9 with many military parades. “Freedom and hope for a better future have a European face. It is in this name that we will continue to support President Zelensky and Ukraine”, the French president launched before warning. “Democracy is fragile. Our independence is the key to our freedom.”

Referring to the “unspeakable crimes committed by Russia in Ukraine”, he also warned against “temptations of humiliation and a spirit of revenge”. “We are not at war with Russia. We are working to maintain peace on our continent. It is up to Ukraine to determine the conditions for a ceasefire, but we will be on its side.”