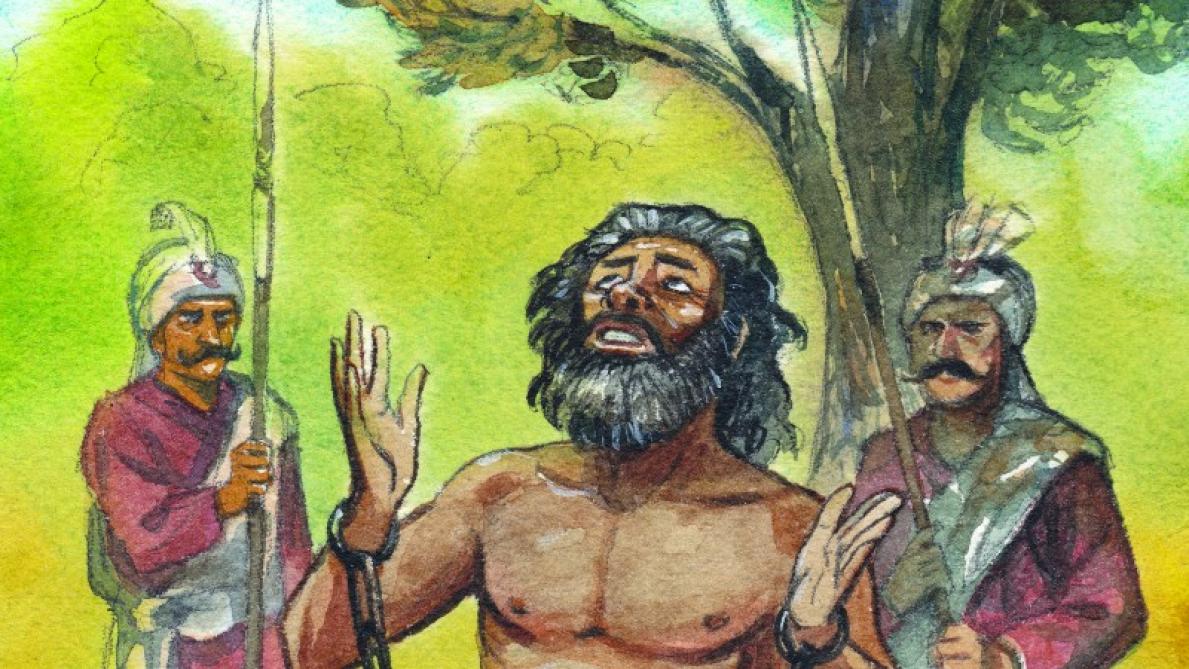 Nilakandam Pillai, a royal official from one of the princely states in southern India, Travancore, was in his thirties when he suddenly lost most of his possessions. De Lannoy, a Dutch officer who had worked for the Prince of Travancore, later spoke to him about the biblical figure of Job, who remained faithful to God despite unbearable hardships. These words comforted the official who, little by little, the desire to become a Christian was born. De Lannoy then sent his friend to live with a Jesuit missionary living in a neighboring state. The priest baptized Nilakandam, as well as his wife. Now named Devasahayam (Lazarus), a new man returns home. Several years passed during which he preached the gospel.

Firm in his new belief

Until reported. Because, according to the subsequent testimony of a Dutch missionary (1), if Christian traders in southern India enjoyed the protection of the Dutch East India Company whose property they had secured, the Travancore royal officials, they, like Devasahayam, were forbidden to convert to Christianity with a sense of sickness from prison and death. In front of the king who held him accountable, Devasahayam refused to give up his new faith. The top brass was removed from his post. From village to village, he was subjected to public humiliation for several days, before being executed by bullet. It was in 1752.

Current figure for Christians in India

The life of Saint Devasahayam may have traces of what is known in history as the “ritual squabble”, which European missionaries never ceased to oppose: could the proclamation of the Gospel be adapted or not to certain aspects of Indian culture? The hagiographic record insists on Devasahayam’s committed radicalism: on the one hand, he is accused of subversion because of his rejection of Hinduism; on the other hand, he is not afraid to die in the name of Christ. A brief biography, currently circulating in Rome, rounds the corners of these two themes while bringing them back to life. “Devasahayam openly attacks inequality. He exiled two ruling castes: Nairs [dont il était lui-même issu, Ndlr] and the Brahmins”, commented Father Arul Jerald, who is in charge of the French translation. The 45-year-old priest from the diocese of Kottar, where Devasahayam resides, is especially struck by the imprints this saint still leaves today in memory of Catholics in India. south. “Right on the street where I come from, four people bear his first name! But also with the model he embodies more broadly for Christians in India. “Devasahayam helps them to keep strong faith even in trials. Therefore, The priest hopes that the memory of this saint will continue to inspire victims of persecution, especially in the north of the country, where current government policies threaten all religious minorities.