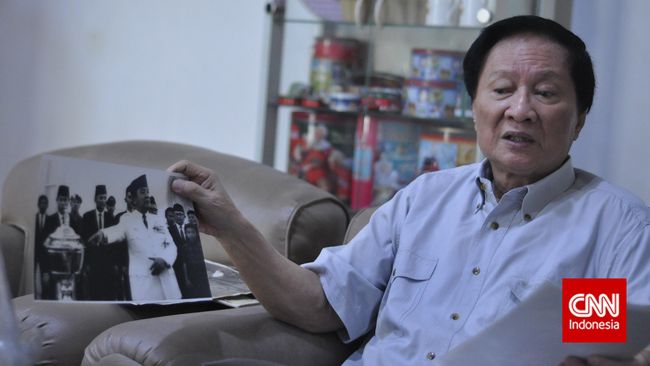 Great history of peranakan Chinese in Indonesia, there are usually two, on entrepreneurship and sports. These two areas are a kind of specialization.

In business, this is proven by the latest Forbes list of the richest people in Indonesia. As for sport, many have made the nation proud on the international stage.

The most recent, Greysia Polii. Along with Apriyani Rahayu, this 34-year-old athlete won the gold medal at the 2020 Olympics in Tokyo, Japan. This is Indonesia’s only gold medal at this global sporting event.

Badminton is indeed quite synonymous with a sport of Chinese origin. From time to time, only the best badminton athletes have managed to make Indonesia proud on planet earth.

Indeed, it is not only badminton which is the way of the sword of Chinese origin. Football, boxing, weightlifting, swimming and self-defense are figures that are also busy and produce achievements.

However, the struggle of Chinese descendants to be recognized as having “nationalism” is not like that of descendants of other ethnic groups. They have endured a long crush since the pre-independence era.

During the colonial period, many Chinese were described as close to the Dutch. As merchants, they have an orientation with the authorities so that their businesses and businesses are safe or protected.

This position allows them to form associations like the Netherlands. Thus, in the 1920s, many Chinese sports organizations emerged. However, there are also Chinese descendants who are considered inland dwellers.

The first recorded Chinese sports association was Gymnastiek en Sportvereniging Tionghoa in Surabaya in 1908. From Surabaya, similar organizations emerged in Jakarta and other cities.

At the beginning of the 20th century, football began to live on mother earth. Referring to Baji Ayi’s book titled “Tionghoa Surabaya in Football” in 1915, it was said that a Chinese football club was established.

The 1938 World Cup in France is another proof of this. In the World Tournament, the Dutch East Indies team was made up of a mix of Dutch, Chinese and natives. Tan Hong Djien is one of them.

Basketball, as Perbasi recounts, entered Indonesia in 1920, brought by immigrants from China. They then formed their own basketball community in several cities.

Due to the tendency of the Peranakan Chinese to be close to the Dutch, their position was somewhat difficult once Indonesia became independent. Their nationalism is questioned in this era full of struggles.

As a form of self-realization, many Peranakan Chinese are involved in sports. They are aware that sport cannot support them, but they continue to practice it to prove their national identity.

For this reason, it is noted that many Chinese peranakans have performed during National Sports Week (PON). Even in the first editions of this PON, the dominants who won medals were the descendants and descendants of the Far East.

The Indonesian national team football clubs can be a reflection. Almost every club, especially the one that co-founded the football federation (PSSI), is full of players of Chinese descent.

PSSI even awarded the Gold category to nine Indonesian national team players, five of whom are Chinese, such as Tan Liong Houw, Thio Him Chang and Kwee Kiat Sek.

Under the reign of President Soekarno, there was no discrimination. Everyone, because the motto “Bhinneka Tunggal Ika” is truly applied in the life of the nation and the homeland.

“During the old order, there was no grouping where natives and Chinese were. All Indonesians,” said Tan Joe Hok, one of the Indonesian badminton athletes remembering the post-era. -independence.

Read the rest of this article on the second page >>>